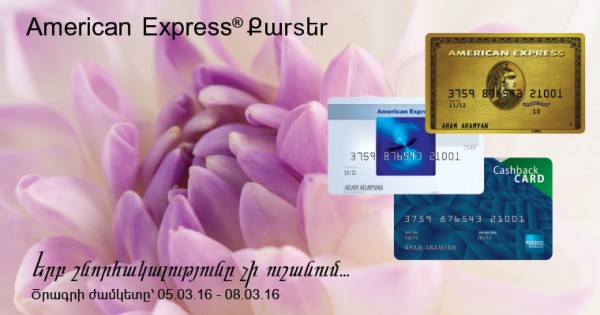 According to ArmInfo's analytical review "Armenian Banks in the Card Business," ACBA-Credit Agricole Bank is among TOP-3 banks by the number of active cards - nearly 186,000 as of October 1, 2015, with a 15% year on year growth and nearly twofold growth for the last four years.  ArCa local cards account for 58.5% of total cards of the Bank, Visa International cards account for 32.4% of total, and MasterCard - 9.1%.  For 9 months of 2015, the amount of the transactions with plastic cards exceeded 132 bln AMD (up 14% versus 2014, 2- fold growth over the past 4 years). ACBA-Credit Agricole Bank is among TOP-3 banks. ATM transactions account for 83% of total transaction with plastic cards.

"ACBA-Credit Agricole Bank" CJSC has been operating in Armenia since 1995. Since September 2006, the majority shareholders of the Bank have been Credit Agricole S.A.  (15.56%) and SJSC "Sacam International" (part of Credit Agricole S.A - 12.44%). Along with them, 10 agricultural cooperative unions hold shares in the capital of ACBA- Credit Agricole Bank.  The Bank's customer base has increased 25-fold, which shows the high trust in the Bank.  Over the last ten years, the Bank's branch network has grown 6-fold to 56 (second place in the market), including 41 branches in the provinces of Armenia.