Armenia and UAE sign agreement to boost and protect investments 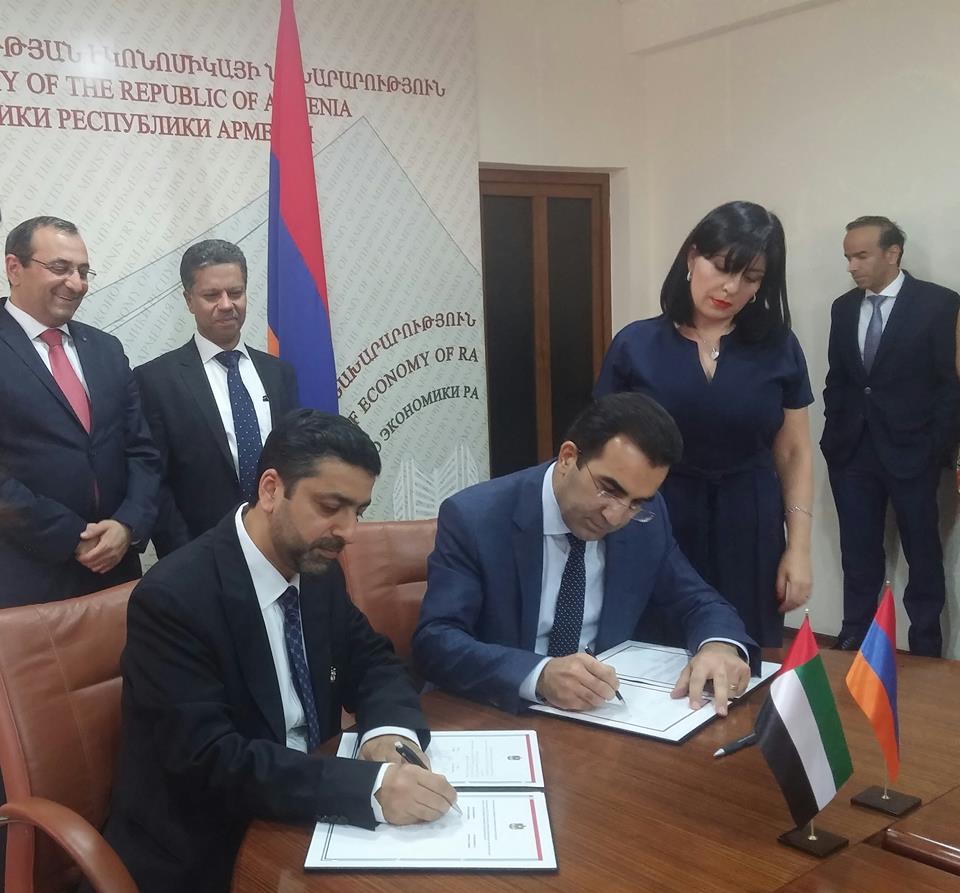 Melkonyan said the agreement regulates the general principles of the investment activity. Armenia has had a similar agreement with the UAE since 2002 and the new agreement will help regulating the relations in the field in conformity with the requirements of the time, the Armenian deputy minister said.  Garekin Melkonyan said the commodity turnover with the UAE is very diverse. The commodity turnover between the two countries in 2015 totaled about $54.7 million. Within the first 5 months of 2015, the indicator has already reached $31 million.  Export increased to $13.5 million in Jan-May 2016 (versus $2.8 million a year ago), as exports of diamonds, jewelry and tobacco increased. In 2015, UAE invested $25 million in Armenia, mostly in jewelry and agriculture sectors. Melkonyan believes the most promising sectors for investments in the country are food industry, agriculture, greenhouse economy, processing industry, cattle breeding, and jewelry production.   In his words, the partners from the UAE have been informed of all possible dividends within the Eurasian Economic Union and GSP+, as well as of the privileges available for the residents of the free economic zones of Armenia. The country has similar agreements with 41 countries.