In Jan-Aug 2016 Armenal plant increased output of aluminum foil by only 0.1% y-o-y 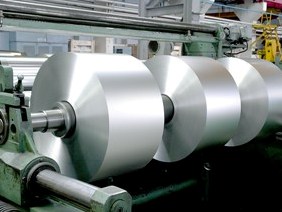 The Armenian aluminum foil is mostly exported to Europe (4.5-fold growth in exports in 2015), as well as to the United States.  Gaining new markets, the company had to increase the production of labor- consuming thin foil by 2.7-fold to almost 1.9 thousand tons and reduction of the average thickness by 15%. In 2015, modernization and technical re- equipment projects were successfully implemented at the enterprise. RUSAL launched Hi- Tech AirPure Unit at ARMENAL. Under RUSAL business system, efficiency of the primary aluminum smelter was improved by 6.1%.  The plant's specialists modernized the slitting unit for manufacture of new types of products.

To recall, ARMENAL foil rolling mill was founded in May 2000 as part of the Kanaker aluminum smelter. It is one of the biggest production facilities in Armenia and is the only producer of aluminum foil in the Caucasus and Central Asian regions.  Together with two other foil mills, Sayanal in the Russian republic of Khakasia and Urals Foil, ARMENAL forms the company's Packaging Division.