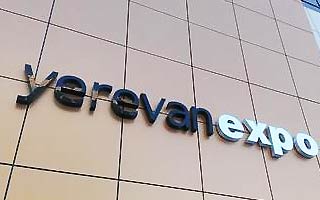 ArmInfo. "Art Tex Group", represented by international G&W company, is participating at the Light Industry International Trade Show being held on October 17-19 at Expo Center Yerevan. The company is specialized in production of home textiles and knitwear and is one of the 18 companies participating at the expo, at which Armenian fashion industry is demonstrating its achievements. The company's representative has told ArmInfo that the goal of participation is to raise awareness of the products on the Armenian market.

The company's production is based in Gyumri while the products are exported to Canada. The representative of G&W Manik Siroyan stated that the company's products are also sold on the domestic market. Siroyan hopes that due to the expo the brand awareness will raise and new business partnerships will be established. According to her visitors show great interest in the expo, however, they have not received any business proposals yet.

To recall, the Light Industry International Trade Show project is being held in Armenia for the first time. The event is organized by Atex Fashion Center, Signum Company, and Ural Chamber of Commerce and Industry with the support of the Armenian Ministry of Economic Development and Investments, Union of Manufacturers and Businessmen, as well as light industry sector employers.  The goal of the Trade Show is to foster development of light industry, study the potential of regional cooperation, as well as to reveal new sales markets and to form partner relations with potential partners.