Armenia and NEFCO sign a framework agreement on cooperation 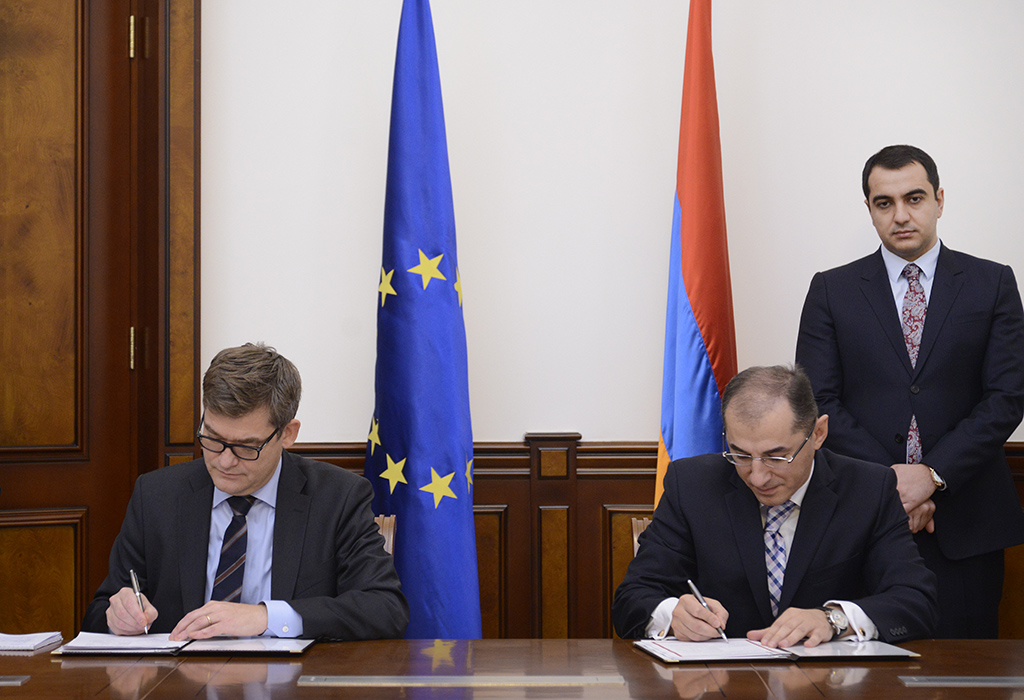 ArmInfo. On November 9, the Nordic Environment Finance Corporation (NEFCO) and the Armenian Government signed a framework agreement that acknowledges NEFCO's status as an international financial institution in Armenia. This will pave the way for new projects with environmental benefits in the country, NEFCO reports on its website.

The newly signed framework agreement and NEFCO's expanded geographic mandate conform to the objectives of the Eastern Europe Energy Efficiency and Environment Partnership (E5P) to extend operations to other countries in South-Eastern Europe and the Caucasus region. NEFCO has co-financed a range of E5P-initiated projects in Ukraine in   the last four years.

The agreement between NEFCO and the Armenian Government will enter into force after ratification by the Armenian Parliament, which is expected to take place early next year.  "We look forward to building on the good co-operation we have had during the negotiation process led by the Ministry of Finance of Armenia," said Vice President Tita Anttila from NEFCO.

"We are delighted about the possibility to expand our activities to Armenia. Our strengthened presence here in the Caucasus region is well in line with NEFCO's new strategy that is in the making. We hope to be able to finance a range of new energy efficiency projects in Armenia in the near future," said NEFCO's Managing Director Magnus Rystedt in Yerevan.

The Eastern Europe Energy Efficiency and Environment Partnership (E5P) is a ?180 million multi-donor fund managed by the EBRD and designed to promote energy efficiency investments in Ukraine and other Eastern European countries. The fund was established under an initiative of the Swedish Government during its presidency of the European Union (EU) in 2009.  E5P complements energy efficiency and environmental loans provided by financial institutions, including the European Bank for Reconstruction and Development, the European Investment Bank, KfW, NEFCO and the World Bank Group. Contributors to E5P are the EU and the US, as well as Denmark, Estonia, Finland, Germany, Iceland, Ireland, Latvia, Lithuania, Norway, Poland, Sweden and Ukraine.