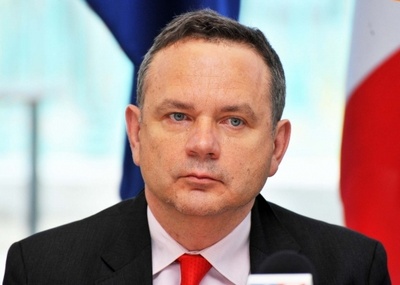 At the same time according to him it is evident that more efforts  should be exerted to make Armenian market famous all over the world.  The diplomat mentioned that in order to strengthen economic ties with  the world Armenia should first and foremost be more attractive for  foreign business. The Armenian government should ensure transparency  and equal business conditions for all the participants of the market,  he noted. It is also important to ensure legal protection for foreign  businesses in Armenia, he stated.

On October 18 at the meeting with Armenian Prime Minister Karen  Karapetyan French Ambassador to Armenia Jean- Francois Charpentier  stated about readiness for close cooperation with the Armenian  government in order to implement new joint programs, develop  bilateral relations and boost economic exchanges between the two  countries. He said the French Development Agency is set to make new  investments in Armenia's infrastructures to a total amount of about  USD 40 million. The Ambassador stressed that a number of French  companies are interested in deploying activities in Armenia. Efforts  are being made to that end.