Gazprom Armenia: Natural gas tariff will not be increased 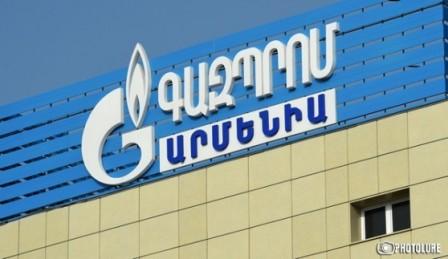 ArmInfo. The natural gas supplies tariff  will not be increased, because exactly the decreased tariff  includes all the investments of Gazprom Armenia, Gazprom  Armenia JSC statement reads in respect to some publications in mass media regarding possible increase of  gas tariff in 2018.

According to the source, proceeding of the Investment Project of the Company for upcoming three years, it becomes obvious that there will be no need to increase the gas tariff in 2018, because there are nvestments planned to make at AMD 13.6 bln and  AMD 18 bln  in 2017 and 2018 respectively, which is already fixed in new tariff. The new Investment Project was submitted to the PSRC ( Public Services Regulatin Commission) on November 15, 2016. Based on results of discussions at PSRC, there are no modifications to be mede in the Project.

To remind, the Public Services Regulatory Commission of Armenia (PSRC) at its  November 25 session approved Gazprom Armenia's request about revision of the natural gas tariffs for consumers in Armenia. The new tariffs will come into effect on 1 Jan 2017.   When presenting the draft decision, Garegin Baghramyan, Head of the PSRC Department for Tariff Policy, said that the company's request envisages diversification of subscribers and tariffs in five groups: 1. The subscribers having the right to social allowances and consuming less than 600 cu m of gas per annum will pay 100 thsd AMD per 1 thsd cu m; 2.  Greenhouse facilities will pay 212 conventional units per 1 thsd cu m from November 1 till March 31; 3. Processing enterprises will pay 212 conventional units per 1 thsd cu m; 4. Subscribers consuming less than 10 thsd cu m per month will pay 139 thsd AMD per 1 thsd cu m; 5.  Subscribers consuming more than 10 thsd cu m of gas per month will pay 242.1 conventional units per 1 thsd cu m. Previously, Gazprom Armenia requested the Public Services Regulatory Commission (PSRC) of Armenia to revise the gas tariffs to prevent a decline in gas nsumption, create favorable conditions for stabilization of the gas consumption market, growth of gas consumption, as well as for stimulation of the gas consuming companies' activities.  Gazprom Armenia CJSC took into ount the expected decline in the price of natural gas transit via Georgia. The contract on transit of natural gas to Armenia expires in late 2016 and that a new contract should be signed between Gazprom Export LLC (the gas supplier to Armenia) and Georgian Gas Transportation Company LLC. Gazprom Armenia also took into account that consumption is expected to grow due to the reduction in natural gas tariffs for the consumers of Armenia.  Gazprom - the sole shareholder of Gazprom Armenia CJSC - is expected to finance the possible risks. To recall, once appointed Prime Minister, Karen Karapetyan stressed the need to revise the gas and electricity tariffs.  He also pointed out the need to reduce impact of the tariffs on the vulnerable social groups, as well as to ensure a galvanizing effect of the tariffs on business development, specifically in agriculture and processing industry. Gazprom Armenia CJSC is a 100% subsidiary of the Russian Gazprom and the supplier of natural gas to the domestic market of Armenia. The gas transportation system comprises 1685 km gas pipes, 14600 km gas pipes of high, medium and low pressure, and supporting constructions.  Gazprom Armenia is one of the leading companies in Armenia, occupying leading positions in Armenian economy.