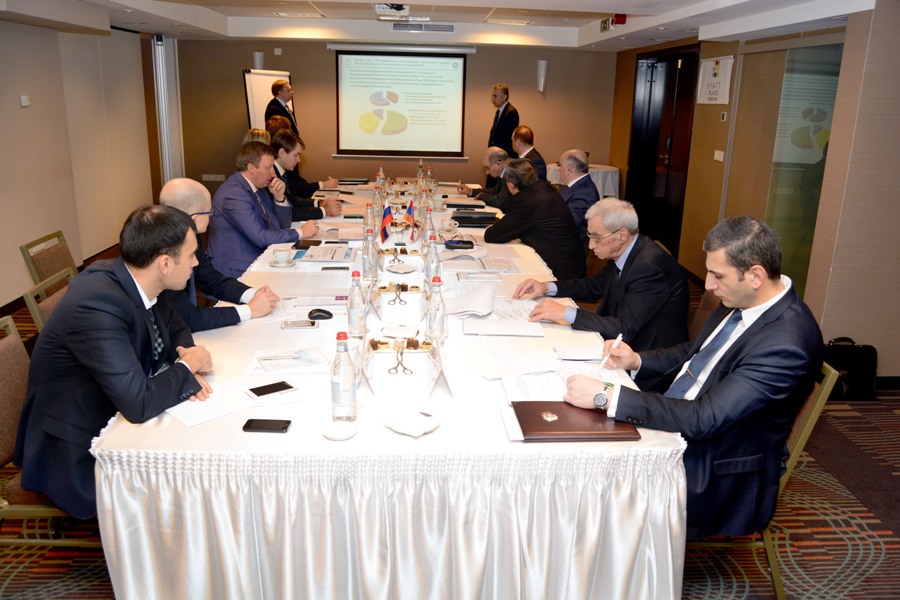 The Russian delegation was headed by Kirill Komarov, First Deputy  Chief Executive Officer for Corporate Development and International  Business at ROSATOM State Atomic Energy, and the Armenian delegation  - by Deputy Minister of Energy Infrastructures and Natural Resources  Areg Galstyan. The participants surveyed the results of the  examination and substantiation of the Armenian NPP Unit 2 lifetime  extension and discussed the preparations for the additional lifetime  of the unit, as well as the steps of modernization and replacement of  the equipment and safety systems.

The participants also confirmed the completion of the integrated  examination of the Unit 2 equipment. 15 specialized organizations  were involved, 4,500 units of equipment were examined, 46 report  documents were elaborated and transferred to the ANPP.

Since 2016, the metal and weld-in connections of the equipment and  reactor pipelines (including the reactor vessel, steam generators,  etc.) were examined. No defects hindering the lifetime extension were  found.

At the same time, 49 programs of examination are underway. The  operations will be completed in 2018.

Both sides confirmed that the implementation of the Armenian NPP Unit  2 Lifetime Extension Project is progressing on schedule. Kirill  Komarov said that the sides pointed out the importance of the program  of preparation for additional lifetime. The participants adopted a  number of decisions aimed at enhancement and maintenance of safety at  the ANPP. "The meetings of the Joint Coordination Committee allow  making timely decisions on the most important issues, controlling and  coordinating the project operations, and jointly carrying out the  tasks of the Russian and Armenian sides in the single information  space," Yevgeny Salkov, Director General of Rusatom Service, said,  when commenting on the meeting.

The Joint Coordination Committee was set up in May 2015 to control  the course of implementation of the project in line with the  Intergovernmental Agreement on the Armenian NPP Unit 2 Lifetime  Extension signed in late 2014. Rusatom Service JSC, the subsidiary of  Rosatom Corporation, coordinates the project.

For these purposes, Russia has provided Armenia with a $270 mln loan  and a 30 mln grant.