Manturov: Russia able to supply not more than 10 Sukhoy SuperJet crafts in 5years 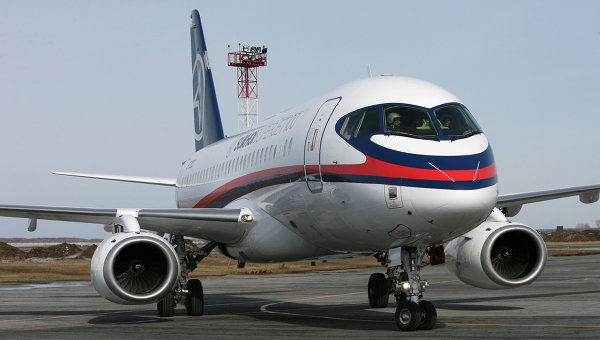 ArmInfo. Russia could  supply  to Armenia up to 10 Sukhoy Superjet crafts  in 5 years, but  not more, Denis Manturov, Russian Minister of  Trade and Industry  said  to journalists.

"We are talking about  supplies of 10  Sukhoy SuperJet crafts   within the nearest  five years and not more.  TO start with two or  four crafts. If this year we could  capsulate feasible program, and  find appropriate decision, including the sources, than the supplies  within the consideration of the production cycles will be implemented  in 2018-early 2019  as the best. I think, it is realistic to talk  about 2019, because in 2017 and 2018 we are tied from the positions  of clients  orders and spare parts supplies," Manturov summarized.

To remind, Armenia has already received SSJ-100, but due to  circumstances had to refuse from those.  "Armavia" (national air  carrier, faced bankruptcy in 2013), confirmed the rejection  to buy  the second Sukhoi Superjet-100 in July 2012. Moreover, a source  possessing the situation stated that the first craft has been  returned to Russia due to the financial problem of the company.

Manturov announced the negotiations on crafts sale  in November last  year. Sukhoy Superjet 100  is a Russian short distance flights air  craft, carries up to 98 passengers for the distance at approximately  4,4 thousand kilometers. Sukhoy SuperJet 100 had it first flight in  may 2008, commercial operations launched in 2011.