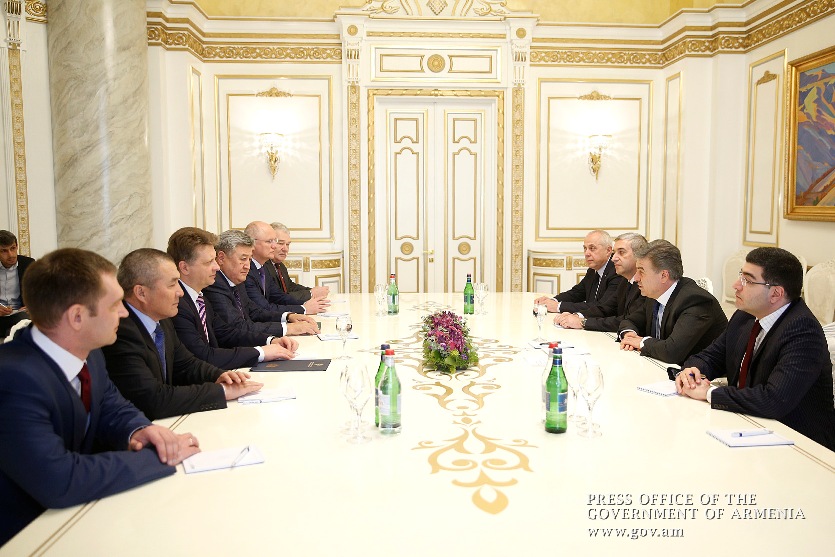 As the Government's press-service told ArmInfo, the Government's  head, greeting the guests expressed assurance that their visit and  participation in the meeting of heads of authorized bodies of the  transport sector of EEU states will give a new impetus to cooperation  in this sphere.

"As a EEU state, we attaceh importance to transport market safe  conditions creation. The coordinated actions should help the EEU  railway communication development, both within EEU and third states.   Moreover, this joint efforts of the EEU state-members will stimulate  the competitiveness increase of their economies", he noted.

In his turn, the guest greeted the organization of the high-level  meeting, during which, the issues of transportation policy among EEU  states, the infrastructure development were discussed as well as the  issues of formation of a single transport area, and Service were  discussed.