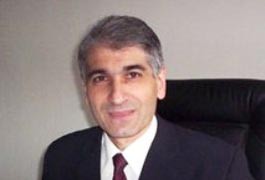 ArmInfo. In 2017 there are all prerequisites for growth of the number of SMEs in Armenia, Gagik Makaryan, Head of the Republican Union of Employers of Armenia, told ArmInfo's correspondent on Feb 22.

Makaryan thinks the number of small enterprises will rise due to the privileges stipulated in the newly adopted Tax Code. He pointed at the new law on self-employed individual entrepreneurs, which implies tax exemption in case of an annual turnover of no more than 9 mln AMD. "The person awarded a self- employed entrepreneur's certificate can mend footwear, bicycles, furniture without paying taxes," he said.  He also pointed at the tax privileges for family business, which is to pay only a fixed tax from the salary (5 thsd AMD) if the annual business turnover is no more than 18 mln AMD.

In addition, the expert forecasts economic growth in the light of the steps being taken by the new Government. In particular, the matter concerns the ongoing reforms and the anti-corruption fight. The expert stressed the Law on Public Procurement (effective starting from April 2017), which implies transparency of lists and prices.