Kaspersky Lab: 62% of Armenian population came across cyber threats in 2016 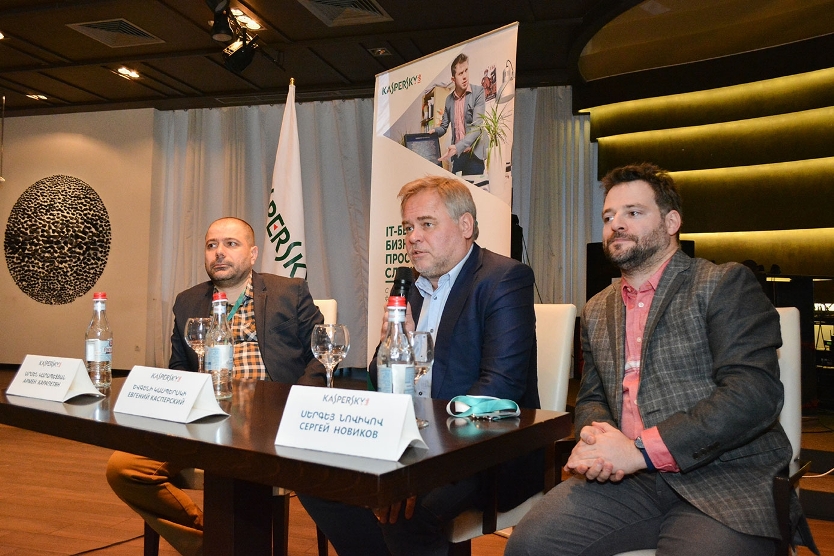 "In 2016, Kaspersky Lab has found out that one in three users in Armenia came across cyber threats - malicious software, hacking attacks, fraud, fake web pages, phishing, spams, etc.," he said.

Novikov noted that 40% of Armenian users underwent local threats - malicious objects that penetrate into devices through removable media devices. "Armenia holds the 55th position by this indicator," the expert said. By the percentage of the users attacked (33.01%) Armenia holds the 14th position. He added that 10% came across threats to their mobile devices (40 million attacks in 2016 versus 5 million in 2014). He also pointed out that in 2016 each Armenian user came across internet threats for 13 times on the average, and local threats for 83 times on the average.

The expert noted that ransomware and cryptoware have also been detected in Armenia - they block the operating systems and then demand ransom so that the users could retrieve the access. "According to a survey conducted in Q1 2016, in Armenia users were attacked once every 20 seconds, and by late 2016 - once every 10 seconds. In early 2016, 3 thsd malicious software were detected, and in late 2016 - over 32 thsd," he said.

Novikov also spoke of the children's security in the internet. In particular, he touched on the content 18+, dangerous search requests, strangers in the social networks, malicious software, fraud, internet addiction, etc. He said that 56% of the children worldwide came across various threats in the internet, and 58% conceal their undesirable internet activities from their parents. "The kids are endangered and today that problem should be settled with joint efforts," he stressed. Novikov pointed out that 86.9% of Armenian children visit communication websites, 2.8% are interested in swearwords, 2.7% are interested in alcohol, tobacco, drugs, 2.2% - in games, 2% - in software, audio and video files, 1.9% - in e-commerce.

Kaspersky Lab says that the average global damage inflicted to the users by cyber attacks is 134 USD. The victim spends this amount on repairing the devices, restoring the data, installing protective software, etc. To note, the data publicized by Novikov were received by Kaspersky Lab in the course of analysis of internal statistics collected in 2016 by means of Kaspersky Security Network.

In an interview to ArmInfo, Armen Karapetyan, Armenia and Georgia Country Manager at Kaspersky Lab, spoke about joint short-term and long-term projects of the Russian company and Armenian partners - both private and state-run companies. High priority is given to enhancement of cyber security level, education programs in the Russian-Armenian (Slavonic) University, as well as to protection of critical infrastructure facilities of the country. He said that the large promising projects are mainly related to the antivirus protection of the infrastructure, creation of obstacles for DDOS attacks, protection of strategic facilities in power engineering, transport and communication. He noted that Kaspersky Lab covers 80% of the Armenian legal antivirus software market. Nearly 80% of antivirus software in the country is used illegally.  He pointed out that the company does not expect any financial profit from its presence on the Armenian market. "Our company's management respects our country and does not set itself a primary goal of obtaining profit here," Karapetyan said.