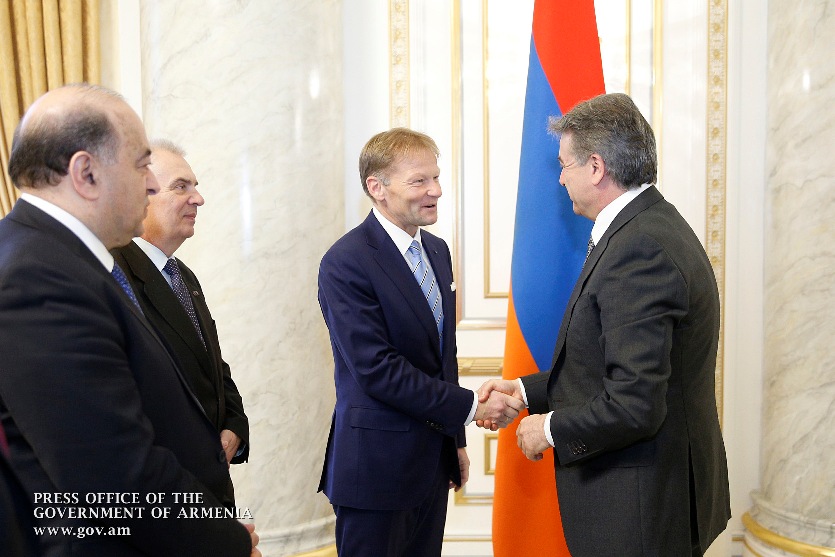 According to the governmental press service statement, the Prime Minister of Armenia praised the Armenian-EIB cooperation on implementation of programs in spheres as energy, transport, agriculture, and tourism. Karen Karapetyan noted the importance of the Bank's cooperation with the representatives of the private sector. "Our steps are aimed at creation of the a favorable environment for the business, understandable and fair field", noted the Prime Minister.

Vazil Hudak stressed that EIB is interested in continuation of the cooperation with Armenia on all mentioned directions. Programs will be implemented also for Armenian business community, in particular, the implementation of project in the communities of the republic is planned.

Karen Karapetyan greeted the readiness of EIB to strengthen the cooperation with Armenia. He added that a program of serious reforms for the communities in the regions of the state is viewed.