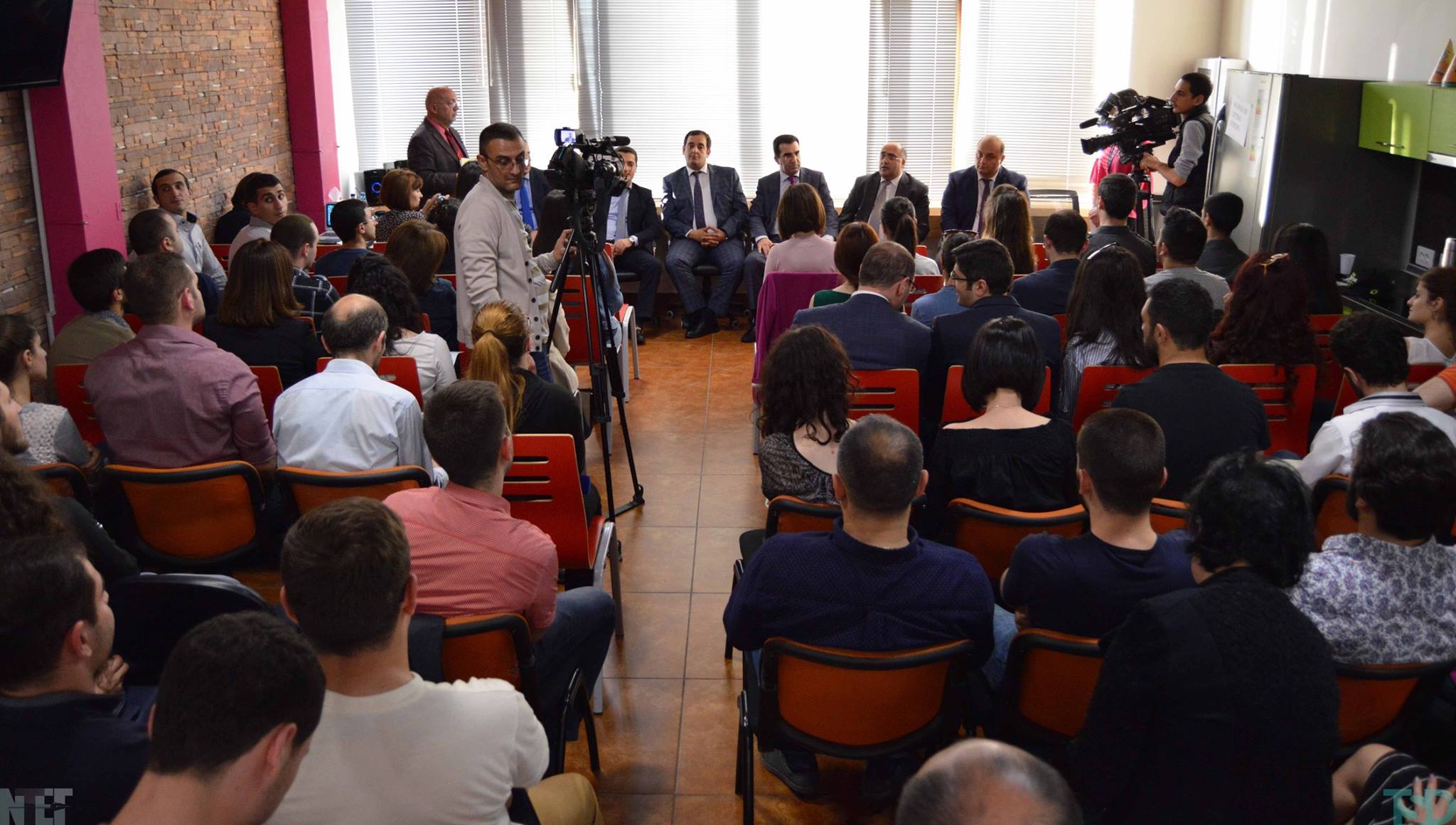 During the meeting, each of the Deputy Heads of Departments presented personal vision and decisions in the development of the startup from the point of view of their  Ministry.  In particular, Deputy Minister of Economic Development and Investments of Armenia stressed the importance of holding such events. For example,. Melkonyan noted that it is much easier and more effective for the  state sector to lead a dialogue with the private sector, when the  representatives of the latter are united in associations. He noted the important role of the state in the formation of mechanisms which promote the transformation of the idea into a successful profitable business. At the same time, Melkonyan noted that today the most successful business is the one that works on innovative approaches.

In this connection, the Deputy Head of the Ministry stressed that such platforms as the Mergelyan Club create such an opportunity. Concerning the successful business development model, he stressed: "Nothing is perfect. I hold this opinion. However, there is no use complaining permanently, you have to work. There are also start-ups that work and have a turnover of about  $ 200 million."