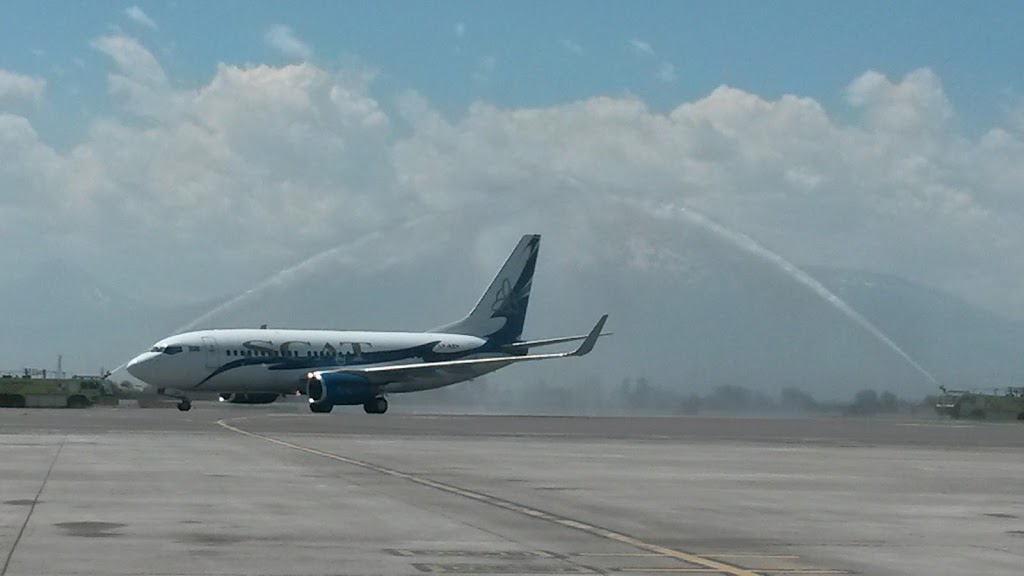 Astana-Yerevan-Astana flights were launched by SCAT  private company  from Kazakhstan.  After the craft landed at Zvartnots airport,  Timur  Urazaev,  the Ambassador Plenipotentiary and Extraordinary  of  Kazakhstan to Armenia, stated the following: " This flight is an  extraordinary event. At last, after one year of my occupying the post  of the Ambassador, after numerous requests frompeople regarding the   necessity of such a flight, this happened. I would like to accentuate  the role of the SCAT Company in this event, because this company  works under difficult conditions. It is a long time that SCAT  implements flights from Aktau to Yerevan, and today at last two are  capitals are connected. There was a will, efforts and pragmatic  estimation needed for the implementation of this initiative, as wel  as the knowledge of the country , " the diplomat mentioned. He  mentioned also that the date of the first flight was not chosen  accidentally. According to him, On May 31 the first flight was  launched, and already on June 9 the international specialized  exhibition  " Astana-EXPO-2017" starts its work in Kazakhstan  capital.

" I would like to say also that a delegation of KazInvest company  representatives arrived to Yerevan by this flight, to hold  negotiations with Armenian partners on advantages and possibilities  of economic relations improvement and development," the Ambassador  summarized.  To mention, the flights will be implemented on  Wednesdays and Saturdays, with one-way ticket price standing at AMD  116 thousand.