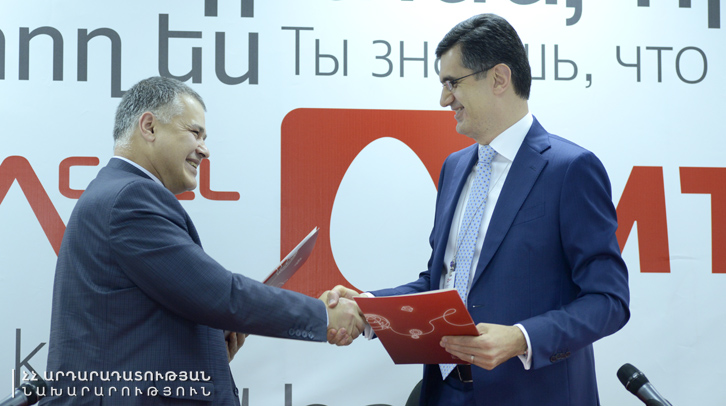 ArmInfo. The Minister of Justice of Armenia David Harutyunyan held a master class on June 30 for employees of the telecommunications company VivaCell-MTS.

According to the press service of the Ministry, David Harutyunyan presented the participants of the meeting the anti-corruption policy of the government, carried out in the business of reform, innovative steps. The minister paid special attention to the new program of the government, which presents solutions related to combating corruption and production. David Harutyunyan pointed out the importance of involving the private sector in the fight against corruption. In this context, the minister stressed the need for cooperation with VivaCell-MTS, in which David Harutyunyan said he was ready to listen to the opinions and proposals of the company on the problems that hinder her.

The Director General of the company Ralph Yirikian noted that the successes that have been achieved in 12 years of activity on the telecommunications market of the country, which led the company to the advanced positions, are not an accident, but the result of consistent and long-term work. "These years of dynamic development, ups and downs, enthusiasm and disappointment became for the company a period of self- improvement." It was necessary to apply internal rules and norms without which there could be no talk of sustainable development, "the general director said, expressing readiness together with the Ministry of Justice in To promote the application of best practices.