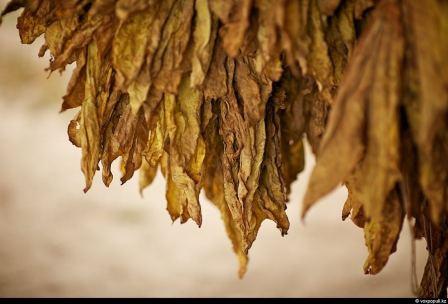 ArmInfo.Cigaronne Armenian company   specializing in the production of cigarettes, sent a letter to Prime  Minister of Armenia with a request for assistance in resolving the  problem of cargo detained in Odessa, for deliveries to Poland. This  was announced by Aharon Tadevosyan, commercial director for import of  Cigaronne LLC at a press conference in Yerevan on July 18.

"On July 13 this year, representatives of law enforcement bodies of  Odessa region of Ukraine announced the exposure of illegal activities  for the transportation and storage of tobacco products in the region,  including Armenia, during searches in warehouses and trucks, over  840,000 Packs of various names of cigarettes produced in Armenia for  a total of more than 17 million hryvnias (about 700 thousand  dollars).  The corresponding documents and excise stamps for the  goods were not provided, according to  Odessa.net .

However, according to Aharon Tadevosyan, the company acted in  accordance with all standards of the European Union. "The incident  inflicts huge damage to the company, estimated at $ 700 thousand,"  the commercial director of the company said, adding that the  Ukrainian carrier involved in transporting goods through Ukraine  could not assist the company Cigaronne, whose cargo since May 21 is  in Odessa.  Tadevosyan, the main task of the company at the moment is  to return the goods back to Armenia, he noted that now in Odessa is  the lawyer of the company Cigaronne and is trying to solve this  issue. Aaron Tadevosyan also said that the Polish company, Cigaronne   signed an agreement for the supply of its products, applied to the  Polish Embassy in Kiev, and Cigaronne contacted the Armenian  Consulate in Odessa, but despite the consul's assistance, the  cigarette was never returned. "We hope that Armenian Government  will   take measures, and this issue will be resolved in the near future,  "Tadevosyan concluded.

In his  turn, Vladlen Vlasenko, Director for Development and  Purchasing of Cigaronne  LLC, said that the company has always been  accentuated in the  quality of their products. "And it was doubly  unpleasant to learn about the outbreak of scandal related to  our  products," Vladlen Vlasenko said. He said that the company, expanding  its import market, entered into an agreement on the export of  cigarettes to Poland. The company's products fully comply with the  requirements and standards of the European Union. In addition, the  company Cigaronne compiled a detailed list of those components that  were used in cigarettes (according to EU requirements), and, having  received an excise stamp, sent cigarettes to Poland through Ukraine.  However, in Odessa, cigarettes were detained and confiscated, stating  that there was no excise stamps on the product and that the company  intended to transport 840,000 packs of cigarettes through the  territory of Ukraine, while the total quantity of the shipped goods  was 126,000 packs. However, according to Vlasenko, excise stamps on  cigarettes are clearly visible in all the photographs sent by the  Ukrainian side. "I do not know what purpose in this situation can  pursue the authorities of Ukraine, but I hope that this  misunderstanding will soon be resolved," Vlasenko said.