The government intends to expand the touristic potential of Syunik region 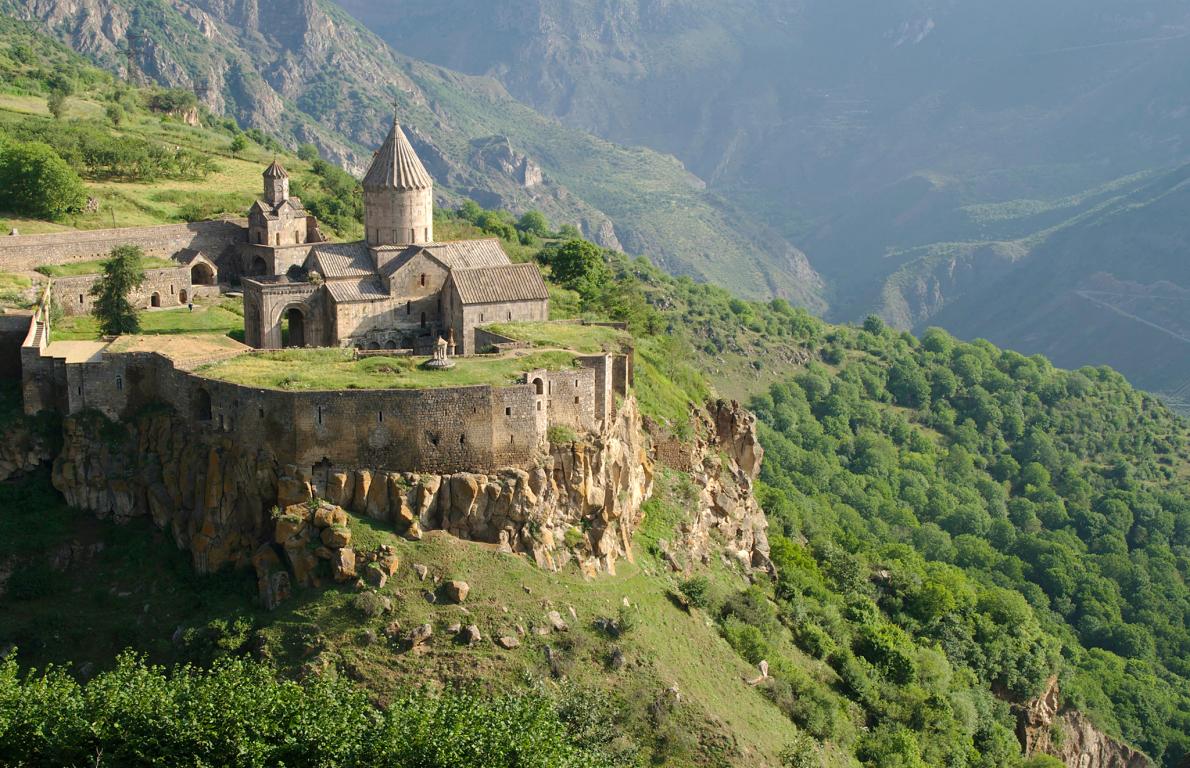 ArmInfo. Minister of Economic  Development and Investments of Armenia Suren Karayan, Executive  Director of the Tourism Development Fund Ara Khzmalyan, accompanied  by the Governor of Syunik region, got acquainted with the region's  tourism potential and investment programs.

As the press service of the ministry informs, issues of formation of  a more comfortable investment environment, as well as ways of public  sector private sector development, were discussed.  The working  group, led by Suren Karayan, visited the village of Khndzoresk, got  acquainted with the problems of one of the country's most unique  sights. Then the members of the group visited the hotel "Goris",  where the investor discussed the progress of the construction work.  The owner of the hotel Senik Djulakyan stated that large-scale  investments have already been made and after the completion of the  works the hotel will be ready to accept 250 visitors. Visiting the  customs point in Meghri, the minister familiarized himself with the  conditions for providing information services in the tourist industry  to visitors from Iran, and also discussed ways to increase tourist  flow in Armenia.  According to the State Committee for the Protection  of Labor of Armenia, the number of visits of foreign citizens to  Armenia in the first half of this year exceeded 1.3 million, which is  more than the annual indicator by 24.3%. In TOP-3, the number of  entries to Armenia included citizens of Russia, Georgia and Iran: the  number of visits by Russian citizens increased by 33.7% to 241  thousand, the number of visits from Georgia exceeded 151 thousand,  with an increase of 11% per annum. And Iran is topping the top three  with 89.8 thousand visits, which is 27.4% more than last year. In  particular, in the TOP-10 entered also the entrances of US citizens  (17.5 thousand), Ukraine (12.7 thousand), the Philippines (10.9  thousand), Germany (7.8 thousand), France (7.6 thousand), India (4.3  thousand) and Poland (4.3 thousand). As the target markets in terms  of attracting tourists, the head of the State Committee noted the  Russian Federation, the Islamic Republic of Iran, the countries of  the Persian Gulf and Western Europe, with which Armenia has direct  flights. The number of international tourist arrivals to Armenia  increased in the first quarter of 2017 by 18.2% to 599.3 thousand,  which was mainly due to the growth of visits by Iranian and Russian  tourists - by 17.7% and 7.5% respectively.

As a result of the planned activities for 2017-2022 aimed at  developing tourism in the country, the Armenian government also  intends to increase the number of tourists visiting the republic to 3  million a year.