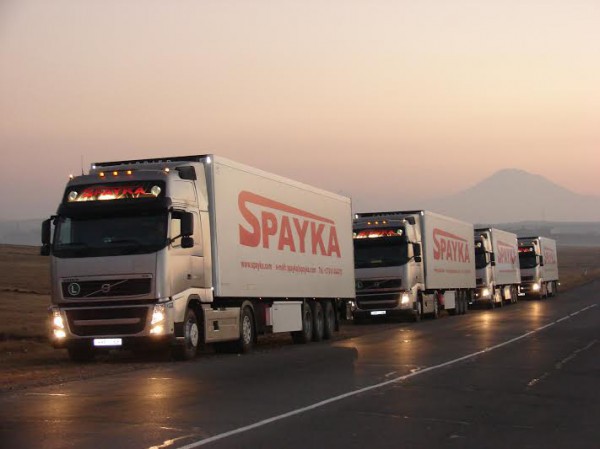 ArmInfo. As of July 26, 2017, Armenia exported 65,000 tons of fruits and vegetables, of which 62,000 tons were supplied to the Russian market, Deputy Minister of Agriculture of Armenia Robert Makaryan stated during the press conference on July 27.

At the same time, he stressed that 26 thousand tons apricots are exported. "Over the past 7 years, we have not fixed such indicators in this period," R.Makarian noted. At the same time, he added that during the reporting period Armenia increased export of strawberries by 2 times - up to 2.5 thousand tons, potatoes - 3 times - up to 5.4 thousand tons. According to him, Ukraine, Georgia, Belarus and UAE became the main export destinations, in addition to Russia.

What is to  the blanks, Deputy Minister noted that during the reporting period, processing enterprises harvested 10.5 thousand tons of fruits and vegetables, which is 67% more than a year ago. At the same time, he explained that in the total volume for vegetables it was only 1,330 tons, while the lion's share was made up of fruits, of which 3,700 tons - only apricots.

According to the National Statistical Service of Armenia in January-May 2017, gross agricultural production in Armenia showed a decline of 3.2% to 183.4 billion drams. The Ministry of Agriculture explained the decline in the indicators of the start of the agricultural year with some delay (in 10-15 days) and damage to the agricultural lands hail.