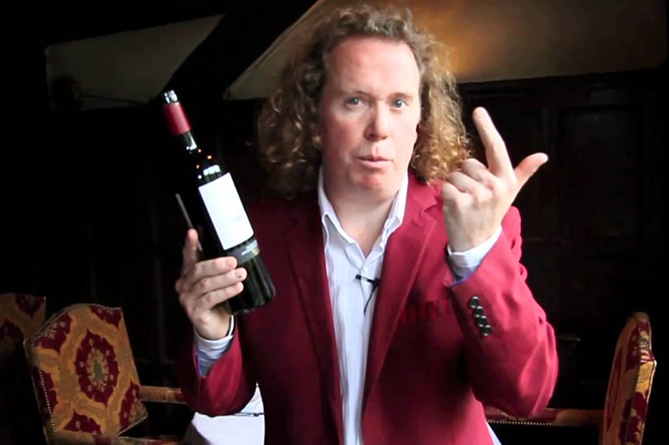 ArmInfo. Famous British wine  connoisseur, cheese expert Francis Gimblett, as part of his world  tour, will pan out till the end of this year to visit various  Armenian vineyards and taste Armenian wines that are becoming more  popular in the world, according to British edition of  Getsurrey.co.uk.

According to the source, the British sommelier is also interested in  a wide range of local cheeses.  Recently, a British expert visited  Lebanon, Tunisia and Algeria, where he got acquainted with local  wines and traditions of making cheese.

To note, Francis Gimblett is a famous sommelier, traveler and founder  of the British company for the production of non-traditional cheeses.  He is also the author of the online project Wine NavigatorR, with the  help of which you can find out in which region of the world which  wine you can try.

According to Armenian National Statistics Service data, in Q 1 2017  Armenia increased wine production extents by 29.8% to 3.8bln liters.  According to the report of Armenian Customs Service, in 2016 Armenia  exported 1.8bln liters of wine with annual growth by 27.7%, with an  increase in customs value by 43.6% to $ 5.9 million.