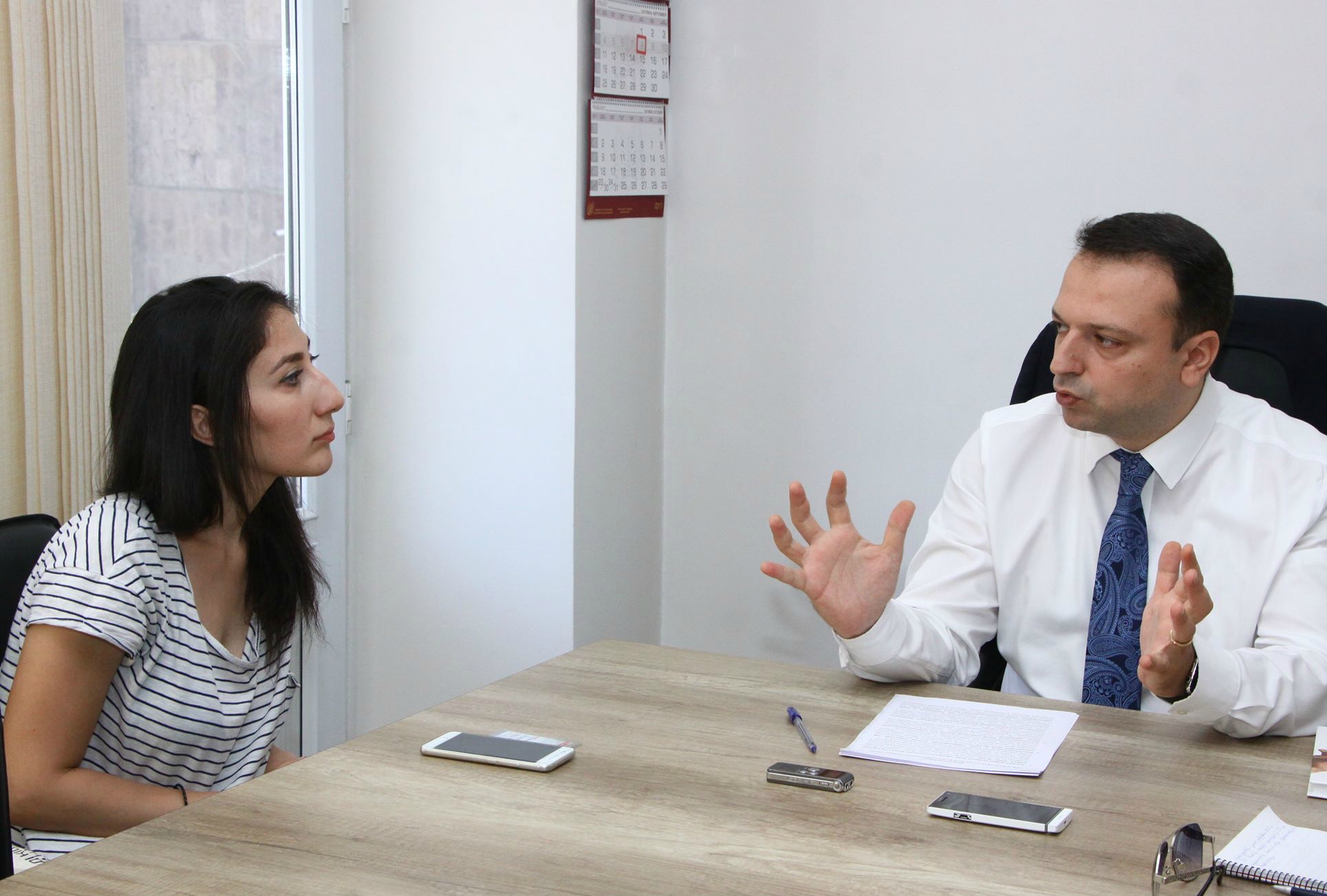 ArmInfo. Starting next  year, the innovation policy in Armenia will be based on a completely  new strategy, Deputy Minister of Economic Development and Investments  of the Republic of Armenia Emil Tarasyan told ArmInfo correspondent.

"When I talk about strategy, I mean not another weak-working  document, but a serious concept based on specific goals - real,  reconcilable and realizable, containing a clear description of the  state's innovative policy with its action plan and expected results  for the next 5 years," - he said. According to Tarasyan, by the end  of the year experts will complete a full analysis of the current  situation, and from March to April 2018, Armenia's innovative policy  will begin to be implemented in accordance with this new strategy.   As the Deputy Minister informed, the work on the development of the  new document is financed by the EU, both local and international  companies and experts are involved in this process, involving the  private and public sectors. "We want not only the government to feel  the ownership of this basic document, but also the non-state sector,  so that both of them equally sympathize for the implementation of the  program," Tarasyan said. In the need to develop a new innovation  strategy, an ever-changing environment and all the new challenges  facing the country's economy played an important role.

Tarasyan recalled the forecasts voiced at the forum in Davos by the  founder of the WEF (World Economic Forum) - Professor Klaus Schwab,  who noted that the world around is changing at an unprecedented rate  and by 2025 the life of humanity will become largely virtual. In this  regard, E.Tarasyan sees Armenia as a producer of high technologies  and such ambitiousness is quite justified. "Without participation in  the world innovative production process, Armenia will not be able to  provide a further breakthrough in economic development. We need to  make a correct calculation in order to have ready human resources,  HiTech - industry, eco-system in engineering, developed IT sector,  capable to make a significant multiplicative effect in the economy,  and to meet the needs of the defense sector after five years, that  for today day is extremely important, "the deputy minister noted.

However, returning to the position of Armenia in the international  arena, Tarasyan noted that Armenia occupies the 59th place in the  Global Innovation Index (GII) among 128 countries, compared to 60th a  year earlier. "Our steps to improve our positions are rather slow.  Therefore, in the innovation strategy, it is necessary to concentrate  on the elimination of weak positions, "he stressed. Thus, according  to him, Armenia occupies the 91st place in the context of the  Infrastructure Indicator GII, Armenia is in the 107th place in the  implementation of management systems (ISO), the 107th, human capital  and research - 103rd, which comes from the 103rd position and the  Education rating . In this regard, the Deputy Minister stressed that  the challenges in the innovation sphere begin in education: "Here, a  significant amount of work is to be implemented, aimed at enhancing  creative business skills, creative business thinking, and the  formation of creative cadres. Business must enter the educational  system. In the opposite case - will be separated from today's  reality>.At the same time, the Deputy Minister  also noted positive  trends according to GII. In particular, according to the indicator  Scientific and technological results Armenia ranked 50th among 128  countries, ICT Export Services ranked 22nd, by the Institute indexes  - 47, Accessibility to business opening - 9th, Market development -  46, The result of creative activity- 44, etc. "If we define the  blocks within the framework of the new strategy, then by and large  the innovation policy will be aimed at improving the quality of  education and improving the image of the country within the global  innovation index with a view to transforming Armenia's economy into  knowledge-based economy", concluded Tarasyan.