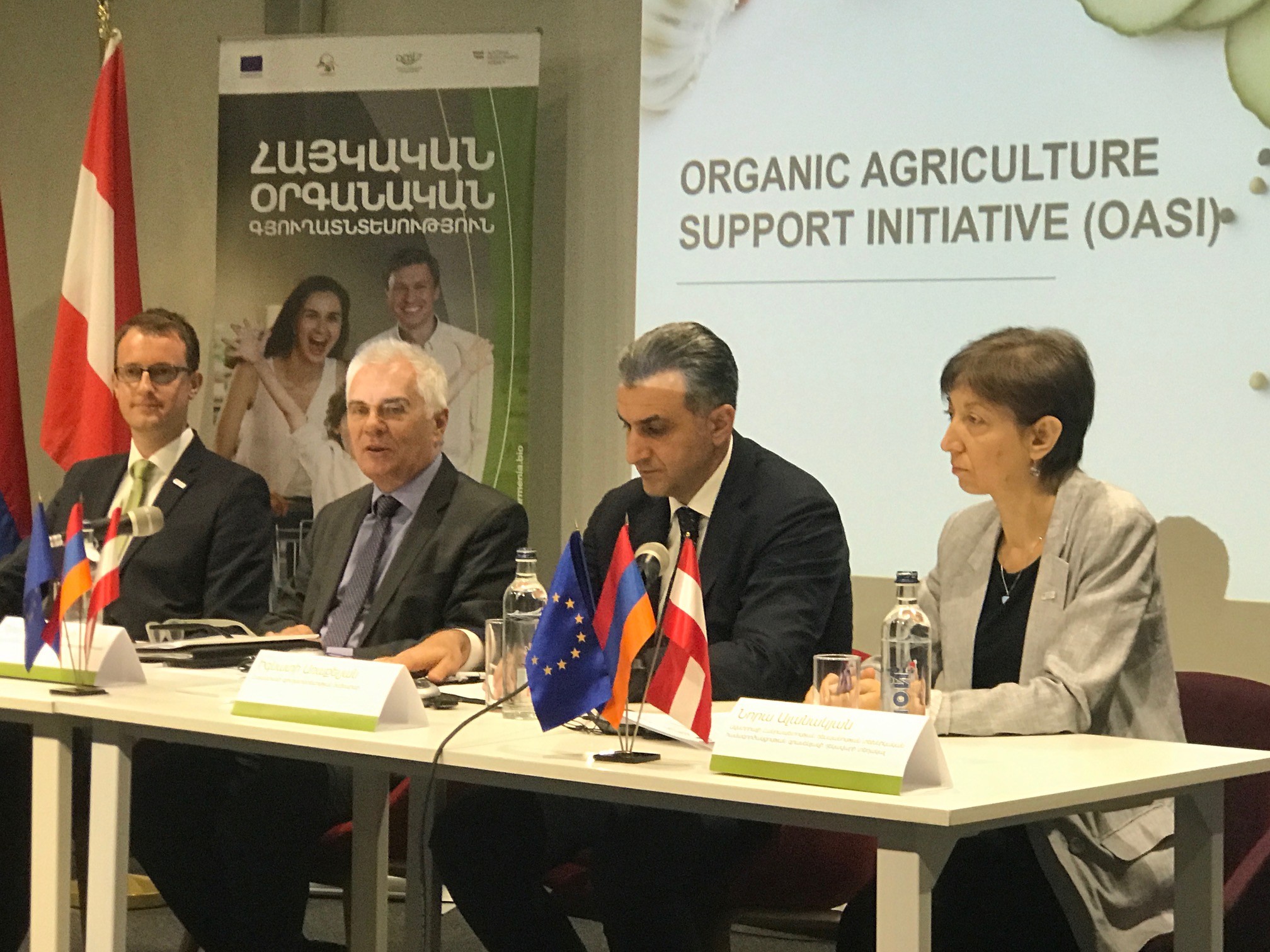 ArmInfo. The head of the EU delegation in Armenia, Ambassador Piotr Switalski, sees great prospects for Armenian organic agricultural products in the European market, as "quality and tasty". Ambassador Switalski stated this on September 11 in Yerevan, where the "Month of Organic Agriculture" was launched within the framework of the "Organic Agriculture Promotion Initiative" program.

According to the ambassador, today in the world in the market of organic products there is a huge competition. At the end of 2015, the area of the world's organic lands reached 12.7 million hectares, of which 11.2 million hectares in the EU. The total value of the organic retail market of the EU is 24 billion.  Nevertheless, the EU sees huge potential for the development of organic agriculture in Armenia. According to Ambassador Switalski, organic agricultural products from Armenia can quite successfully occupy their niche in the European market, because it, because of its competitive advantages - sun, soil and climate, "quality and delicious." "I am convinced of this every day and I am sure that the European consumer loses much without having access to Armenian products," the diplomat said. According to Switalski, investing in Armenia's agriculture, the EU aims not only at ensuring the food security of the republic and maintaining a healthy image, but also introducing the ideology of organic agriculture.

As the head of the Ministry of Agriculture Ignaty Arakelyan emphasized, organic agriculture has all chances to become a new and promising direction of the republic's agriculture. For today, the minister said, Armenia can not yet boast of export volumes of organic agricultural products. There is an export of organic honey, but for the wide export of Armenia it is necessary to solve the issue with volumes, prices and certification by organics. The Ministry of Agriculture is trying to solve the problem by enlarging small farms, for which purpose negotiations are being conducted with the producers of organic materials. Unlike traditional agricultural products, which are mainly exported to the Russian markets, according to the head of the Ministry of Agriculture, organic products have great prospects of entering the European market.  "There is a problem related to the awareness of the population, which is what the initiative launched today is called for. At this stage, organic products are not properly evaluated," Arakelyan said. Today, as the minister noted, it is possible that due to the lack of awareness, farmers do not show much interest in organizing organic agricultural production.

Funded by the European Union, with the co-financing of the Austrian Development Agency, the three-year program of the Organic Agriculture Initiative "with a total budget of 3.3 million EUR (1.1 million in the form of assistance to farmers, the rest to develop their skills) was launched in September 2015 and is designed to identify Armenia's potential in sphere of organic agriculture. The program has 4 main components: the reform of the legislative field and the creation of relevant institutions, assistance to persons who want to engage in an organ in the framework of the program, 18 farms from almost all regions of Armenia have already received financial assistance, and - 28 technical assistance. During the "Month of Organic Agriculture" under the slogan "Healthy Nature is Healthy and You "Various activities are planned to raise the awareness and skills of potential program beneficiaries."