Ardshinbank to Join the 200th Anniversary Celebration of I. Aivazovsky 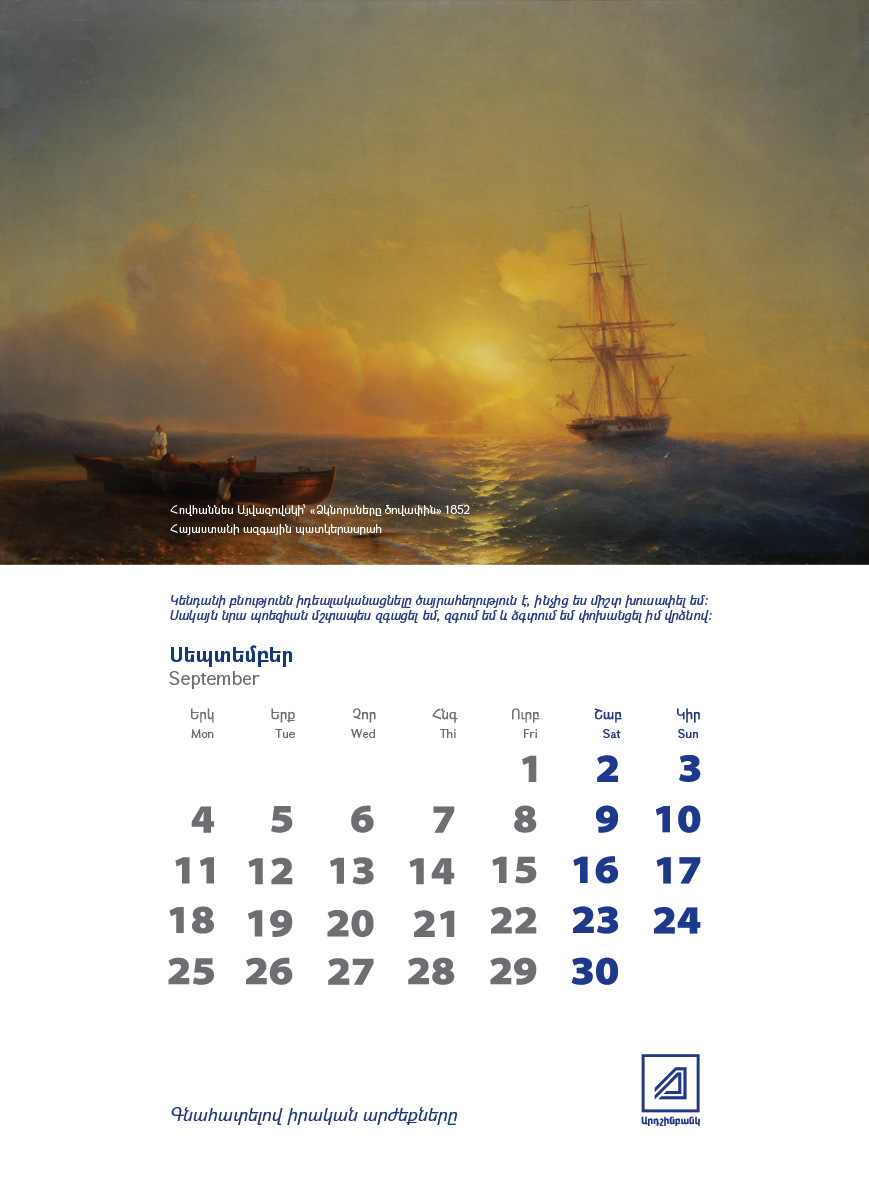 ArmInfo. Ardshinbank will  join the 200th anniversary celebration of I. K. Aivazovsky. Notably,  on September 14 in Yerevan the National Gallery of Armenia will host  the solemn opening of the exhibition entitled "Creation", of one of  the world's greatest marine artists, where the guests and visitors  will be given the wall calendars with the artist's paintings issued  by the Bank.

According to the bank's press service, on the 200th anniversary of  the prominent artist of Armenian origin I. Aivazovsky, Ardshinbank  issued a colorful wall calendars with the works of the renowned  master. The calendar includes such works as "The Descent of Noah from  Mount Ararat ", "Moonlit Night in Constantinople", "Fishermen on the  Beach", "Sunrise in Feodosia", "Survivors from a Shipwreck" and other  works of the author. The calendar contains paintings kept in the  National Gallery of Armenia, which are exclusively the country's  property.

Ardshinbank considers the support of art, preservation and promotion  of the cultural heritage of our country one of the most important  directions of its activities. In cooperation with the National Art  Gallery of Armenia, the Bank issued a jubilee calendar with the works  of the master. This is a tribute to the talent of our great  compatriot, his invaluable contribution to the development of world  art," said Armen Gasparyan, Strategic Development Director at  Ardshinbank.

" It should be noted that Ardshinbank's anniversary calendar was  awarded with the honorary diploma of the Central Bank of Armenia.  Furthermore, it won a prize in the annual competition held among  banks, as well as financial credit organizations of Armenia.