Expert: UNDP`s Energy Efficiency Program is designed to reduce the costs of the population to 60% 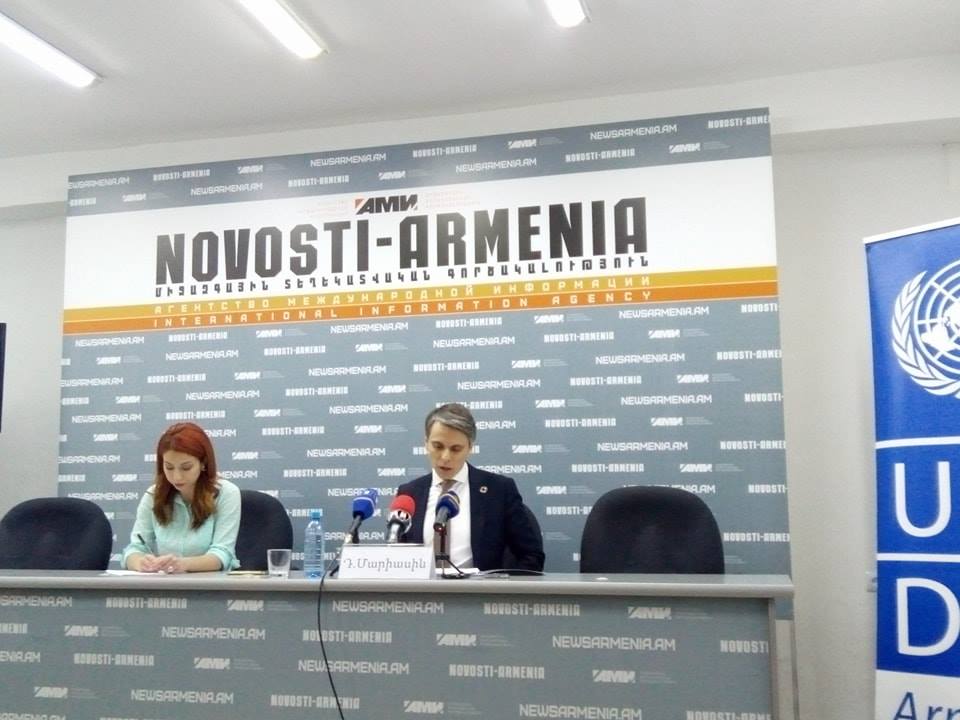 ArmInfo. UNDP and the Government of Armenia have started implementing a pilot project in Armenia to improve energy efficiency. The project allows to reduce the expenditures of the population in the winter time to 60%. This was stated during a press conference on October 20 by Deputy Permanent Representative UNDP (United Nations Development Program) in Armenia Dmitry Maryasin.

According to him, the program started in the administrative district of Avan, where the 9-storey panel house was modernized. "It is noteworthy that the modernization was carried out not through the replacement of windows, but through energy-efficient lining of the house, including the roof," D. Maryasin explained.

The UN representative said that in the future the project will be scaled. "At least residents of several hundred buildings in Armenia will be beneficiaries of the project," he stressed. According to UN experts, improving the energy efficiency within this project can carry a transformational importance for the country, both in terms of economy, investment, and in terms of improving the quality of life of the population.  "Such projects are necessary for Armenia as a whole. This is warm apartments, and a reduction in electricity costs and a reduction in greenhouse gas emissions," said Maryasin.

According to him, UNDP intends to create a completely different payment system within the framework of this project. In particular, residents of residential buildings where modernization has been modernized, conclude an agreement in which their utility bills do not change, but instead of paying for gas and electricity consumption, due to savings, gradually, within several years, citizens compensate the cost of the produced repair," he explained.

This project is being implemented in Armenia by the grants in the amount of $ 20 million provided by the Global Economic Fund (GEF). UNDP has been working in Armenia for 25 years in several directions, in particular, economic development, public administration, ecology, energy and innovation. In the field of economic development, according to L. Maryasin, UNDP is implementing programs in almost 300 villages.  As part of the implementation of the programs, about 75,000 jobs were created, and about 250,000 people received access to water and other infrastructure.