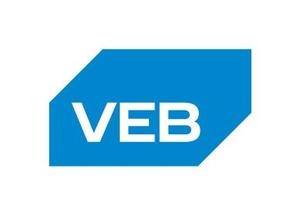 ArmInfo. Between the  universal credit company (UCC) and Vnesheconombank  an agreement was reached on signing a memorandum of cooperation.  Artur Badalyan, Executive Director of SME Investments, informed  minister of Economic Development and Investments of the Republic of  Armenia Suren Karayan about this on November 7.

As the press service of the ministry told ArmInfo, during the meeting  the parties discussed the implemented work and further actions of the  company in the framework of international cooperation. In particular,  the minister was informed that the company had financed about 70  programs for 3 billion drams on preferential terms. And 15 credits  were subsidized by the state in the framework of export promotion.  And under the state program Agricultural equipment for leasing SME  Investments provided a total of 105 units of equipment.

The sides also discussed issues related to international cooperation.  S.Karayana was informed of the signing of a memorandum of cooperation  with the Russian Export Center (REC), which will be a good incentive  for the development and deepening of bilateral cooperation.

S. Karayan noted that as a result of the recent visit to Belarus,  cooperation with the Belarusian Development Bank is planned. The  Minister was also presented with discussions with the Shanghai  Cooperation Organization (SCO) regarding membership in the interbank  association.

According to the Ranking of credit companies of Armenia prepared by  NA ArmInfo, SME Investments among the 30 universal credit companies  of the Republic of Armenia is included in the TOP-10 by the main  balance sheet indicators. Thus, the volume of credit investments of  the "SME Investments" made 8.1 billion AMD ($ 17 million, 11% annual  growth) as of October 1, 2017, assets - 15.3 billion ($ 32 million,  annual growth of 26.3%). Only for the III quarter of 2017 the company  managed to increase credit investments by 33.5%, as a result of which  assets in the quarterly section increased by 30.4%. In 2016, the  company increased its net profit by 56.3%. "SME Investments" has been  operating in the Armenian market since August 2009. The sole  shareholder of the company is the National Center for the Development  of Small and Medium Enterprises of Armenia Fund.