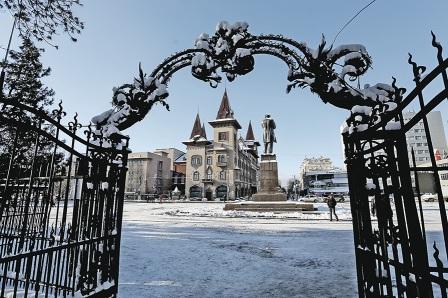 ArmInfo. On November 24, the head of the Saratov region Valery Radaev met with the delegation of the Gegharkunik marz of the Republic of Armenia headed by Governor Karen Botoyan in the White Hall of the Government. As reported by portal Saratov version, the representatives of Armenia arrived Saratov to sign several agreements on cooperation between the cities of the region and Gegharkunik Marz.

Armenia. "The fact that we are reviving traditions is the logical continuation of our relations." Agriculture, tourism, industry will maximize the return from partnership. "There are about 24,000 Armenians living in the Saratov region, 12 joint ventures operate in different sectors." The presence of the Armenian people in our land is not it's very constructive, I think that the tourist exchange between us should be developed.The program of your visit is rich, it will reveal to you many facets of the region.Let our cooperation from year to year only repnet " said Valeriy Radaev.

Then the governor of Gegharkunik Marz Karen Botoyan took the floor. He proposed holding an annual business forum and an IT forum with the participation of the residents of Saratov. "This will be an important step for us and will become a symbol of the development of cultural relations." In summer, our region attracts thousands of tourists, it is possible to organize tourist flows to Armenia from the Saratov region. economy, "-suggested Botoyan.

Mayor of Martuni town of Gegharkunik Marz Armen Avetisyan proposed to connect the Volga and the lake in Armenia. "It's certainly impossible, it's a joke, but we have so many things that Saratov can look at and vice versa," Avetisyan said.