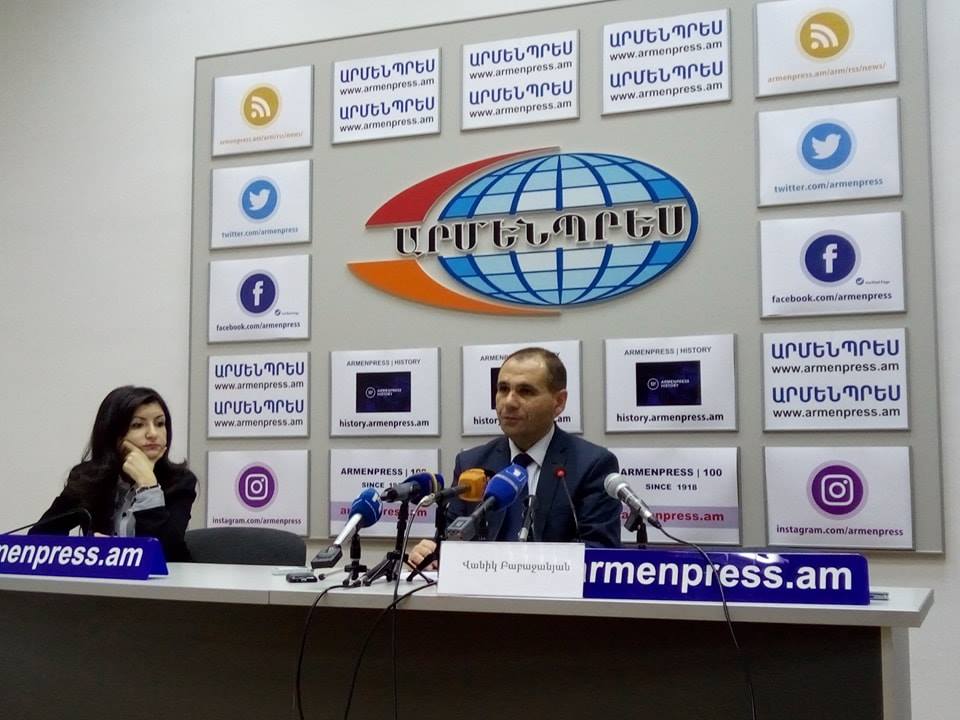 ArmInfo. In Armenia,  according to official figures, there are 7400 families with many  children, of whom over 86% receive benefits, and 70% live in  dormitories. The head of the Demography Department of the Ministry of  Labor and Social Affairs of Armenia, Vanik Babadjanian stated this,  during a press conference on December 5.

He noted that the bill on the assistance to large families of  Armenia, initiated by the ministry, was submitted to the government,  which, he said, was discussed not only with the participation of  representatives of state structures, but also members of large  families themselves. "Over the past four years, we have investigated  the situation with large families in Armenia, in parallel with which  the best international experience in this matter. And developing this  draft law, we took into account our level of economic development,  cultural values, etc.", V. Babadjanyan emphasized. According to the  information provided to them, the new bill provides assistance to  large families in several areas. In particular, free medical service.  "What kind of medical services are meant in this context will be  decided by the Government of Armenia," he added. At the same time,  children from large families will be admitted to institutions of  preschool education out of turn, where tuition fees will be paid with  a 50% discount. The return of 50% of the cost of education is also  provided for students from large families in higher education  institutions in full-time and part-time faculties.

V. Babajanian noted that families with many children will also be  included in the state program concerning the solution of the housing  issue. At the same time, they will be given the opportunity to  formalize mortgage lending on preferential terms, he said. The bill  also provides for the beneficiaries of the privilege in the  preparation of loans for the purchase of household appliances.

And the final point in the bill on large families is the stimulation  of employment and self- employment of families with many children, in  particular, the development of the family business, the introduction  of innovative technologies in agriculture, etc. "In the issue of  large families, we want to make the transition from benefits to  self-sufficiency. After all, how much can you pay benefits, so that  the family eventually becomes self-sufficient? And, I think, this  mechanism will work in Armenia. Because, first of all, Armenians are  hard-working people, and secondly, we have no other choice," the  expert concluded.

The term "large family" in the new bill implies a family in which 4  or more children live.