Garegin Melkonyan: Agreement with EU will simplify processes of Armenian products` export to the European markets 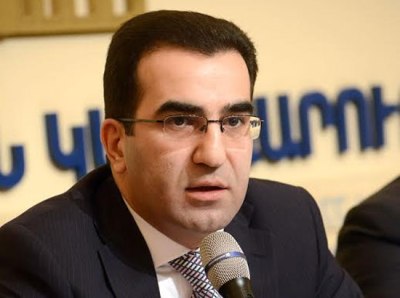 ArmInfo. The agreement on a comprehensive and expanded partnership between Armenia and the EU will simplify the procedures for the withdrawal of Armenian products to European markets. This was stated by the Deputy Minister of Economic Development and Investments of Armenia Garegin Melkonyan on December 15 in the margins of the 2nd European Business Association Summit.

According to the Deputy Minister, Foreign economic activity (FEA) of the country is mainly regulated by two methods - customs-tariff and non-tariff regulation. At the current stage of Armenia-EU relations, Garegin Melkonyan considers the second method of regulation of foreign economic activity to be important, since, thanks to the already existing system of preferences with Europe, the republic has already achieved satisfactory results in the framework of the GSP + Agreement on customs duties. Only in the first 10 months of 2017, exports to EU countries increased by 20% compared to the same period last year. In general, Armenia exported more for January-October of this year than for the entire 2016. 40% of all Armenian exports to the EU countries entered the European markets at the zero rate of import customs duty in the framework of GSP +. "If we take into account the regime of the Most-Favored-nation treatment (MFN) within the framework of the agreements reached with the WTO, it turns out that 90% of the Armenian export is imported to the EU at zero rate," Melkonyan said.

According to the Deputy Minister, the structure of exports has also improved. In 2017, more finished products were exported than in 2016 in terms of textiles, pharmaceuticals, processed products. The deputy minister stressed the growth of exports of aluminum foil, which is also a finished product. "In 2017, if I'm not mistaken, they exported foil for more than $ 50 million," Melkonyan said.

Besides, as the representative of the Ministry of Economic Development said, Armenia has been using the REX (Registered Exporter System) system since January 2018, which creates favorable conditions, in particular for SMEs. "Without a certificate of origin, once registered in the system, you can export to the EU, using preferences within the GSP +," he said.

At the same time, the agreement with the EU, according to the expert, will allow to simplify the access of Armenian products to the European markets, with a well-differentiated assortment. "This mainly concerns the requirements with respect to the quality of products, standards, certification and their mutual recognition, increasing the capacity of laboratories in the country," Melkonyan explained.