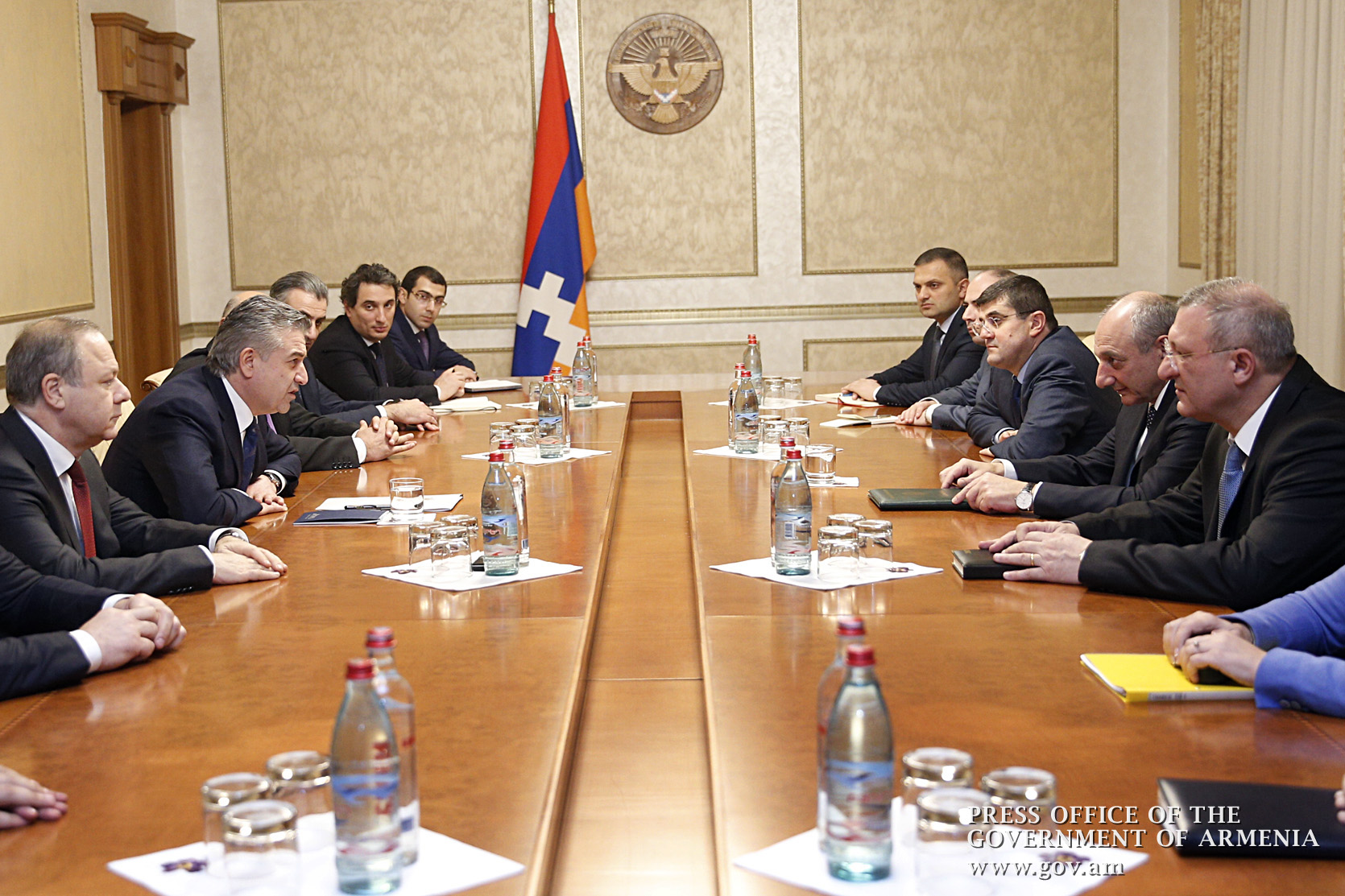 ArmInfo. On December 15  President of Artsakh Bako Sahakyan met with the Prime Minister of the  Republic of Armenia Karen Karapetyan and members of the government  delegation headed by him who arrived in Artsakh on a working visit.

According to the press service of Artsakh head, during the meeting a  wide specter of issues was discussed, referring to the economic  cooperation of two Armenian states.

President Sahakyan stressed that the interaction with Armenia is at a  high level, calling it one of the most important bases for the  development and strengthening of the Artsakh Republic and adding that  everything possible will be done to strengthen and expand economic  cooperation.  The meeting was attended by the State Minister of  Artsakh Republic Araik Harutyunyan, other officials.