Expert: In 2017, the Armenian government did not achieve significant success in raising the level of public welfare 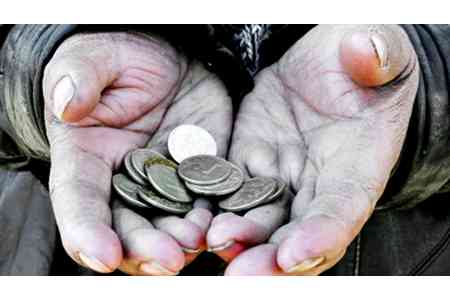 ArmInfo. Only 10% of the population of Armenia owns 70% of the property in the country, and only 2% of the wealth is in the hands of 40% of citizens. In these conditions, Armenia still has a high level of poverty - 29.4%, unemployment is at the level of 18%. This January 17, said economist, chairman of the Union of Employers of Armenia Gagik Makaryan, discussing the economic results of the past year.

The reason for this situation, according to the expert, is that to this day Armenia does not have a well- developed strategy for state macroeconomic policy. For today, the government refers to the development strategy for 2014-2025, which does not provide for regulation related to fiscal and monetary policy in the context of stimulating economic growth and creating conditions for reducing unemployment. Meanwhile, according to this document, the poverty level in the country for 10 years was supposed to be reduced from 32% in 2013 to 14% in 2025. "So, the annual poverty reduction was expected to average by 2 percentage points. However, in 2018, according to the planned plan, we should have seen at least 8% reduction of poverty - up to 24%. This makes it obvious that the existing program does not function," he said. Thus, according to Gagik Makaryan, in 2017 the Armenian authorities did not achieve significant progress in raising the level of public welfare.