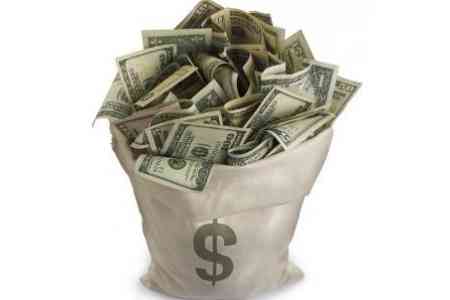 ArmInfo. In 2017,  communities' own revenues amounted to AMD 38,545.1 million (100.1%  performance), compared with 2016. In the meantime, the income  collection index increased by 11.9% or AMD 4,098.8 million, while own  revenues increased by 9.2% or 2,544.6 million drams for 5 types of  taxes. Steps are being taken to establish databases and create a  unified database. Prime Minister Karen Karapetyan called at the  Ministry of Territorial Administration and Development to get  acquainted with the activities and priorities completed in 2017, as  well as the tasks set for 2018.  100.1%).

Meanwhile, Minister  of TAD David Lokyan reported that 2017 was a  year of fundamental changes and introduction of systemic schemes in  the system of territorial and local self-governance. He noted that  all the priorities or measures stemming from the Government's action  plan are either completed or in process.  According to the Minister,  discussions have shown that the most serious problem rests with local  self- governing authorities who did not have systemic principles on  key issues relating to community development, income growth, etc.

The Prime Minister attached importance to registering all the  property available in communities and accounting for the most  accurate property tax. The Head of Government instructed the Minister  of Territorial Administration and Development to submit a proposal to  that effect. In this context, the Premier referred to the criteria  for assessing the Governors' work. "We estimate the performance of  our regional teams in 14 indices. We will do that on the basis of  comparison. We are now thinking about whether to increase this number  or not; there are fields that have been left out, but we are sure  that the governor and our team should know the facts on the spot.  2018 should be a decisive year in terms of clearly formulated rules  of the game. We have to lay out the whole field, finalize it and  understand what we want to achieve within 3 months or a year. If we  follow year after year, we will come to a situation that will solve  the current problems."

Touching upon the problem of garbage disposal, Minister Lokyan noted  that since the beginning of 2017, the number of communities  implementing garbage collection has increased by 56%. The amount of  collected fees rose by 19%.