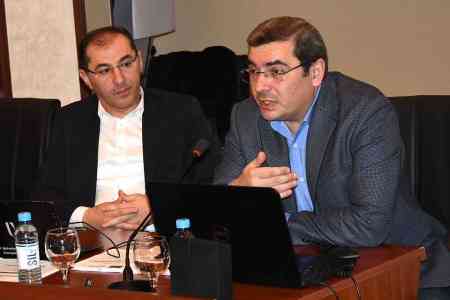 In particular, according to Ananyan, the fraction "Tsarukyan" will once again try to make proposals on changes in the income tax scale that were not received by the positive review at the stage of consideration in the permanent commission on economic issues of the National Assembly. Proposals are expected to reduce the excise tax on liquefied gas and diesel fuel. "At the same time, any change in the tax burden, if it is not accompanied by another proposal to restore or counterbalance its impact, is speculation. This is a golden law," the deputy minister stressed, adding that if "unilateral" proposals are submitted, they should be considered in political, and not economic plane, with the purpose of emotional impact on the public.

At the same time, Minister of Finance Vardan Aramyan urged not to take the word "speculation" as an insult. "We have great respect for our partners, this is their point of view and we are obliged to listen to it," the Finance Minister concluded.

According to the decision of the chairman of the National Assembly of Armenia Ara Babloyan, on the initiative of the deputies on February 16 at 11:00 an extraordinary session of the parliament will be convened. The agenda includes a bill on introducing amendments and additions to the Tax Code. It was initiated by the opposition faction "Elk", which managed to collect the signatures of 29 deputies instead of the required 27. The initiative, according to the opposition, is aimed at preventing price rises and easing the tax burden.

The Tax Code of Armenia, adopted in September 2016, was criticized by the country's expert and entrepreneurial community, since, in their view, the document is conceptually directed not at development but to meet the state's fiscal objectives. It was also noted that the hasty adoption of the document was due not only to the incomprehension of the previous government of the country's goals, but also to the demands of the IMF and the World Bank, who urged the government in connection with the need to allocate another $ 130 million aid package to the country.