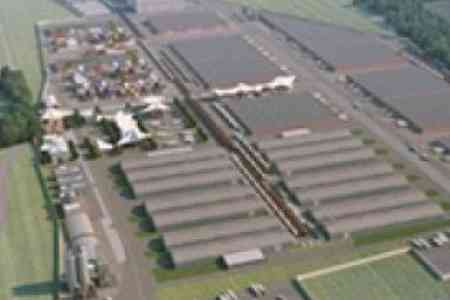 ArmInfo. An industrial  ecological park may appear in the Tavush region of Armenia. The  development of the project is under implementation and will be  submitted to the Government of the Republic for consideration.  ArmInfo correspondent, Taron Sahakyan, an expert of the Public  Council under the Armenian President, former deputy of the National  Assembly of Armenia, told ArmInfo.

According to him, the task of the park will include processing  industrial waste for industrial purposes. It is envisaged, in  particular, to process waste products of agricultural production  (berries, vegetables), waste from sanitary deforestation for the  production of environmentally friendly products, including  fertilizers. In addition, it is also planned to organize the  processing of mining waste, for example, non-metallic rocks.  The  implementation of the project will have a multiplier effect, since it  will create not only permanent jobs, but also involve production  waste from individuals and legal entities.

Taron Sahakyan avoided answering the question about how much the  program will cost, noting only that the project is in the stage of  coordination with various departments, including the Ministry of  Agriculture.  "After the completion of all the procedures, the  program will be submitted to the government of the country, and by  that time the volume of investments that are envisaged to be  implemented in the format of public-private partnership will become  known," Taron Sahakyan said.