By the end of 2018, "Galburdjian Group" will launch the production of  sesame oil in Armenia 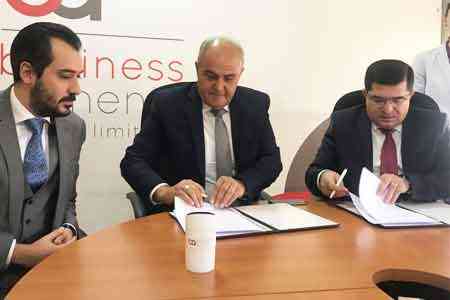 ArmInfo.By the end of 2018, a plant for the production of vegetable sesame oil will be launched in Armenia. After a successful launch of the project with a budget of $  500 thousand, the Galburdjian Group plans to expand investments to  several million and begin construction of a machine-building plant  for the production of equipment for the food industry.

According to the founder of the "Galburjian group" Zohrab Galburjyan,  the project became a reality thanks to the assistance of the  Foundation Business Armenia. The construction of a plant for the  production of vegetable oil, mainly sesame, with an area of 6  thousand cubic meters in the city of Masis, Ararat region, started 4  months ago. Residents of nearby villages were involved in the  construction work. According to Galburdjian, at the first stage,  specialists from outside will be involved as technologists, who will  also be engaged in on-site training. Further, the company will  provide jobs for 40 specialists, and, over time, when the raw  materials will not be imported from Somalia and Sudan, the villagers  will be involved in the sesame production process.

The first product is scheduled for release in February 2018. The  target markets for products will be the EAEU countries, the Middle  East, the EU countries and Canada.

As Galburdjian pointed out, his goal is to return to his historic  homeland with his family from Syria. After the beginning of the civil  war in Syria in 2012, the Galburjian family moved to Armenia, but  after a one- year stay decided to move to Dubai, where they founded  their business. However, now they have accepted the final verdict for  themselves to settle down and start serious business in Armenia.  "This is our Homeland, if we do not manage in our country, will  others do it for us?" Concluded Zohrab Galburjyan.