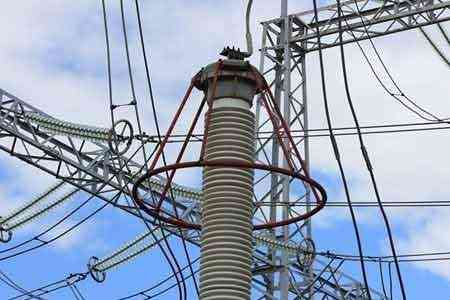 ArmInfo. The new unit at the Yerevan Thermal Power Plant is aimed at compensating the capacity of the Hrazdan TPP, Acting Minister of Energy Infrastructures and  Natural Resources of Armenia Garegin Baghramyan stated answering the  question of ArmInfo on November 13, after signing an agreement with  the Renco company, which will build the thermal generation facility.

According to him, because of deterioration, the Hrazdan TPP will be  completely decommissioned next year. A new unit with a combined steam  and gas cycle will be built on the territory adjacent to the Yerevan  TPP. Construction work will take 25 months. 1200 people will be  involved in the project implementation process, another 230-250  people will be provided with permanent work and high wages during the  operation of the unit. According to the results of intensive  two-month negotiations with Renco company, it was possible to reach  an agreement on the electricity tariff - it will be 5.7 cents per 1  kW. / H instead of the previously agreed tariff of 6.02 cents. Thus,  the cost from the future generation facility will be the lowest among  similar units operating in Armenia and will make 27.4 drams per 1 kW  / h electricity. For example, the tariff from the fifth block of the  Hrazdan TPP is equal to 31.5 drams, and from the current block on the  Yerevan TPP - to 29.4 drams. Thus, Garegin Baghramyan continued, $  6.4 million will be saved every month. During construction, the best  efficient technologies will be used, and the efficiency will be 53%,  while this indicator of the fifth block of the Hrazdan TPP is 44%,  and the Yerevan TPP - 49%. After two months of preparation, the  project will enter the practical phase and construction will begin,  the Acting Minister informed.

In turn, the CEO of Renco Giovanni Rubini stressed that for the first  time in the last 20 years, Renco will implement a project in Armenia  that corresponds to the company's activities - electricity  production. The total investment will amount to $ 250 million. The  new technologies will be used in the construction of the facility,  with the result that the new unit will be with a high level of  efficiency and will become the only unit of this level in the region.  He stressed that 40% of the shares in the company that will operate  the unit will belong to the general contractor of the project,  Siemens, and the remaining 60% to Renco.4

Previously Acting Prime Minister Nikol Pashinyan noted that building  a new block is an important program because it will allow not only to  maintain the electricity tariff at the same level, but also to  explore opportunities for its reduction. The program is also  important in terms of attracting investment. The head of government  added that a provision, which raised the country's central bank's  concern was removed from the draft agreement. "This project will have  a positive impact on the country's energy sector, but here it is  important to strictly adhere to the timing of its implementation,"  said Nikol Pashinyan, adding that today's decision of the executive  body is a signal to international investors, since recently the  actions of the new authorities of Armenia have been misinterpreted by  international structures.