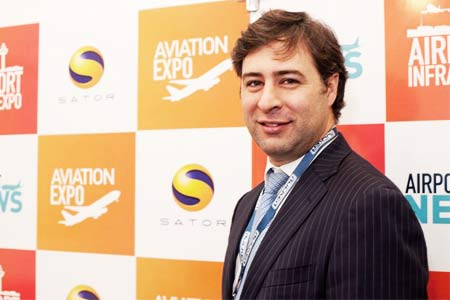 "Armenia is the birthplace of our ancestors and it evokes special  feelings," he said. In this regard, the company's management in order  to create additional value in Armenia decided to invest in the feild  of which it is most aware. According to a representative of  Corporacion America, the era of modern technology provides not only  new opportunities, but also additional challenges. Martin Eurnekian  expressed hope for further productive cooperation with the Armenian  government. For his part, the executive director of the corporation  assured that the concessionaire would improve the quality of the  services provided and become the best operator in the world.

In December 2018, the Airports Council International (ACI) announced  the election of Martin Eurnekian as president of ACI. Martin  Eurnekian is the nephew of Eduardo Eurnekian, the Director General of  Corporacion America, which also manages Zvarnots Airport in Yerevan  and Shirak in Gyumri.