Forecast: Armenia has good prospects for expanding its presence in  the Polish market 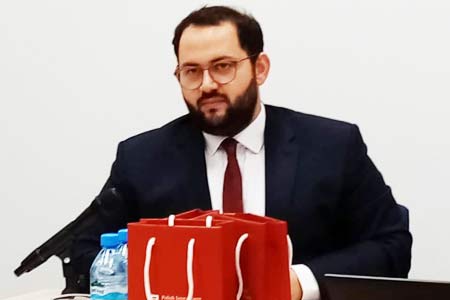 ArmInfo.Armenia has very good prospects for expanding its presence in the Polish market, representative of the Armenian community of Poland Petros Tovmasyan expressed a similar opinion,  answering the question of ArmInfo.

Within the framework of a press  tour organized by the Polish Embassy in Armenia a group of Armenian  journalists, visited Warsaw on May 25-30, where they had the  opportunity to meet with Polish diplomats, politicians, MPs,  representatives of public organizations.

"The fact is that the presence of foreign companies on the Polish  market is rather limited and Armenia, without any doubt, can take  advantage of this, first of all, by increasing exports to Poland of  products of the processing industry. I can say that Armenian  tomatoes, juices, preserves, jams and other similar products are very  popular in Poland. So, there are already all the prerequisites today  to increase Armenian exports ," he stressed.

As a favorable factor, Tovmasyan also noted an increase of interest  towards Armenia in Poland after the change of power in the republic.  In this regard, he stressed the insufficient representation of  Armenia at international exhibitions held in Poland. According to  him, Armenia participates in such events extremely rarely, 5-10 times  less than neighboring Georgia and Azerbaijan.

"And of course, Armenia, in turn, is interesting for Polish companies  from the point of view of a kind of hub for their entry into the 170  million EAEU market. It is clear that there are both favorable and  negative factors, primarily due to political circumstances.  Nevertheless we are also working in this direction, trying to  convince the Polish colleagues of reasonability of investing in new   Armenia," Tovmasyan concluded.