A. Anesyan: Slowdown in profit growth in Armenia`s banking system is  the result of fierce competition in the credit market 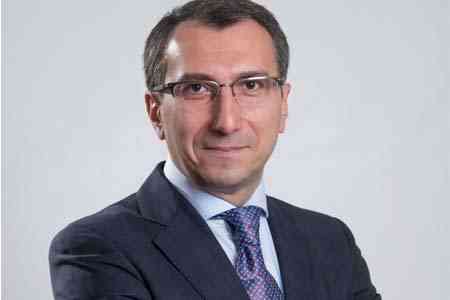 ArmInfo. The loan portfolio of Armenia's banking system increased by 14.4% in the first half of the year, which indicates the activity of banks in terms of lending.   However, fierce competition in the credit market affects  profitability by a significant slowdown. This opinion in an interview  with ArmInfo correspondent on August 23 was expressed by the Chairman  of the Union of Banks of Armenia (UBA) Artak Anesyan at the end of a  press conference dedicated to improving financial literacy of the  population.

He stressed that in conditions of fierce competition, banks lower  interest rates, improve lending conditions for customers, increase  repayment periods, which leads to a decrease in income and,  consequently, "" of profit. "Thus, more comfortable credit conditions  are good for customers, but adversely affect the profitability of  banks," A. Anesyan noted.

Continuing, the head of the UBA added that today banks are also  spending a lot on modernization, technical equipment, development of  new software, products that will lead to good results in the coming  years, namely, they will increase profits.

In particular, at a press conference in the UBA, speaking about  lending to the banking system of the Republic of Armenia, A. Anesyan  stated that since last year mortgage lending has been intensifying.  <I can say that at the moment the offer lags behind the demand", he  noted.

In addition, he said, there has been an increase in lending to the  business segment, the demand for which is growing steadily. In this  regard, he noted that recently, entrepreneurs have become actively  engaged in the implementation of their small production on online  platforms. "This indicates the dynamic development of e-commerce in  Armenia, which is a rather promising direction," A. Anesyan believes.

In conclusion, he noted that, despite the vacation season, the number  of transactions in August of this year is comparable to the available  indicators of December 2018, when the highest activity was observed.  "This indicates that activity is growing every day, and we expect  that in the fall of 2019 the number of customers in the banking  system will be more impressive, both from a quantitative point of  view and in terms of the volume of services provided and  transactions", he concluded.

According to the Financial Rating of the Banks of Armenia prepared by  ArmInfo IC as of June 30, 2019, the volume of credit investments in  the banking sector amounted to 3.4 trillion drams or $ 7.1 billion.  In assets, the share of credit investments amounted to 64.3%.  Corporate loans dominate in the structure of the loan portfolio -  62%, but in terms of growth rates they are significantly inferior to  retail loans. In particular, the volume of retail loans increased by  32.6%, while corporate loans grew by only 2.9%. The share of mortgage  loans in the loan portfolio of the banking sector reached 9%,  amounting to 304.03 billion drams ($ 637.2 million) in absolute terms  with a y-o-y growth of 35.6%. The share of lending to SMEs in the  loan portfolio is much larger - 23.6% or over 797 billion drams  (about $ 2 billion) with a y-o-y growth of 14.6%.  In the total loan  portfolio of banks, the NPL share so far exceeds 9%, in the structure  of which high-risk groups (doubtful and bad loans) are still dominant  and most of them are concentrated in consumer loans.  According to  the results of the first half of 2019, the net profit of the banking  system amounted to 38.5 billion drams ($ 80.6 million), having  increased only 6.2% year on year, while a year earlier an impressive  growth was recorded (2-fold).