For the second year in a row, Armenia is not gaining the planned  "height" for the budget deficit and is significantly behind the  schedule for capital investments 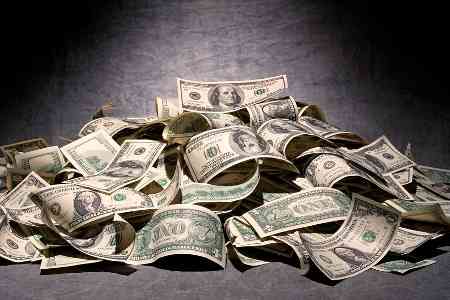 ArmInfo. By the end of 2019, Armenia will not "provide" the deficit indicator set in the Law "On the State Budget of the Republic of Armenia for 2019". The Ministry  of Finance is inclined to the fact that according to the situation as  of December 31 this year the indicator will be much lower than the  fixed figure of 151.6 billion drams and will be about 42.5 billion  drams (1.6% / GDP). This is stated in the draft state budget for  2020.

So, according to the document, in the context of a restraining fiscal  policy at the end of 2018, the budget deficit decreased and instead  of the pledged 156.9 billion drams or 2.7% of GDP by the end of  December it amounted to 105.4 billion drams or 1.8% of GDP. To  finance it, the republic attracted 45.7 billion drams less borrowed  funds (new borrowings minus repayments of the principal amount of the  debt) than it had planned (179 billion drams). In particular,  external borrowings on this line amounted to 85.3 billion ($ 178  million), and 48 billion drams were raised from domestic resources.

Behind the reduction in the deficit budgeted for in the budget are  specific credit programs, the implementation of which, although it  was taken into account in the budget, did not take place.

The trend of "shortfall" - "deficit-capital expenditures-public debt"  continued in the current year. According to the data for the first  half of 2019, state budget expenditures have not been fulfilled by  17.3%. Out of the planned 769.5 billion drams, 636.7 billion drams  was spent. Of the capital expenditures provided for the indicated  period in the amount of 89.4 billion drams, only 23.5 billion drams  were spent. On the whole, of the 220 billion capital investments  planned for the current year, by the end of July this year 39 billion  drams spent Meanwhile, as the former finance minister of Armenia  Vardan Aramyan stated earlier, the strictly conservative approach of  the government in the implementation of capital expenditures is  probably a positive phenomenon at first glance, since it formally  leads to the preservation or reduction of the physical size of the  public debt, but in the long term it jeopardizes growth potential. In  fact, it is capital investments that provide the maximum multiplier  effect for sustainable economic growth, since these funds, budgetary  and credit, are directed to infrastructure projects, such as road  construction, irrigation and reservoir systems, and the energy  sector.

Thus, according to the calculations of the economic team of the  "Luys" Foundation, of which "Aramyan" is a member of the coordinating  council, non-fulfillment of capital investments in the amount of 1.1%  the potential for GDP growth by 0.3 percentage points. That  is, if in 2019 the non-fulfillment of capital investments reaches  about 65 billion drams (or in the amount of 1.1% of GDP), then this  year the economy will grow by 1.1 percentage points below the planned  level. In subsequent years, regardless of the level of investments  made, annual GDP growth rates will be lower by an average of 0.3  percentage points.