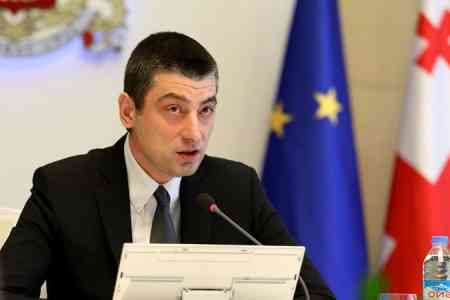 ArmInfo.The best indicator of the level of relations between countries is the economy. Armenia and Georgia recorded significant progress in this matter. Georgian Prime  Minister Giorgi Gakharia stated this on October 15 following talks  with his Armenian counterpart Nikol Pashinyan.

In particular, according to Gakharia, he and his Armenian counterpart  discussed cooperation in the field of transport, energy and culture.  The parties also touched upon regional issues. They stated that peace  in the region is most important in order to concentrate on the  economy and enable citizens to live with dignity.

As the Georgian prime Minister pointed out, territorial integrity is  important for Georgia. "We will support each other in this matter,"  he said. The parties also agreed to strengthen relations at  international sites. "I am convinced that today's visit will be a  step forward to deepen bilateral relations," Giorgi Gakharia  concluded.