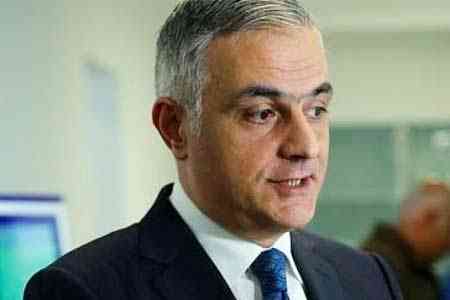 According to the press service of the government, during the meeting  the interlocutors touched upon a strategic document called "Framework  for cooperation between the country", designed for the future 4 years  of jointly implemented programs.

Mher Grigoryan thanked the WB for the assistance rendered, in  particular noting the importance of the Bank's experience and  knowledge in terms of reforms being implemented in the Republic of  Armenia.  Armenia has been a member of the World Bank since 1992, and  since 1993, a member of the International Development Association  (IDA). The WB granted loans and grants to the republic totaling about  $ 2.3 billion on March 28, 2019. The Board of Executive Directors of  the World Bank Group (WB) approved the Country Partnership Framework  (CPF) program with Armenia for 2019-2023. worth about $ 500 million  to promote stable and inclusive growth, as well as improving living  standards in the country.