Pashinyan: Armenia is an attractive country for foreign investment 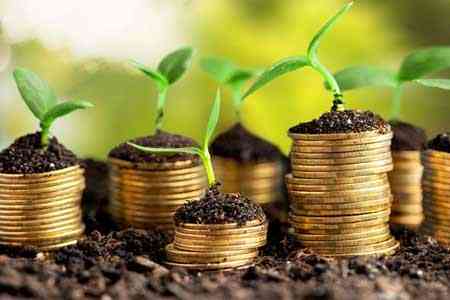 According to the Prime Minister, along with the new political image  of Armenia, a new economic image of the republic is being formed  showing Armenia as an attractive country for investments, in which  international investors are interested.

He re-posted the publication of Reuters on the site of one of the  three main US stock exchanges - NASDAQ.

Yesterday ArmInfo reported  the publication of Reuters on nasdaq.com  under the heading "Economic reforms put Armenia on radar of  yield-hungry investors". According to the authors of the publication,  economic reforms have brought Armenia into the field of view of  investors craving for income. "A fourfold excess of demand over the  offer for the purchase of Armenian sovereign bonds in international  markets testifies to the newly acquired attractiveness of the tiny  former Soviet republic among investors eager for negative interest  rates in the world," a Reuters analytical article says. As noted,  after a government focused on reforms was created last year as a  result of peaceful protests, the Armenian economy began to grow  faster than neighboring oil-rich Azerbaijan. According to the authors  of the article, the new government supported investors who were ready  to "lend to an impoverished, landlocked country with a population of  three million." As Igor Rapokhin, a  FI Strategist at VTB Capital,  said in an interview with Reuters, this year Armenian bonds exceeded  many of their regional counterparts, which is a sign that investors  who bought them clearly trust the reforms being carried out. "After  the 2018 revolution, hopes were formed that the new government would  move decisively through structural reforms and, in particular, to  fight corruption," said Liza Ermolenko, European economist at  Barclays, to Reuters. According to the economist, so far the  government is moving in the right direction: "the government program  adopted at the beginning of this year is an example of this."

Earlier, on September 20, ArmInfo reported that the volume of  applications for the purchase of Armenian sovereign bonds in  international markets amounted to $ 2.5 billion. The organizer of the  issue opened the application book on September 19, when it announced  the start of placement of 10-year Eurobonds in the amount of $ 500  million with an initial yield of 4.625% per annum Significant  prevalence of demand over supply led to a decrease in the yield rate  to 4.2% per annum, and the coupon rate was 3.95%.