IDBank assures: Clients will not suffer as a result of Afandyan`s  lawsuit 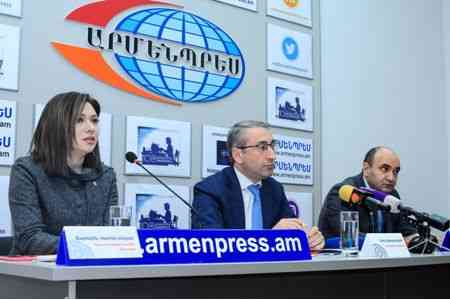 ArmInfo.  IDBank customers  will not suffer as a result of a lawsuit initiated against the bank  by entrepreneur Gevorg Afandyan. This was announced on November 18 at  a press conference by the chairman of IDBank's Board, Mher  Abrahamyan, in response to a concern expressed by customers about the  rumors that the bank is going bankrupt.

"The bank today is developing well, has a sufficient level of  liquidity. Moreover, we have serious strategic development programs  in Armenia", Abrahamyan emphasized. In particular, he said, IDBank  plans to become an international bank and export its services to the  markets of other countries. "We intend to turn IDBank into a leading  bank not only in Armenia, but also in the region," he emphasized.