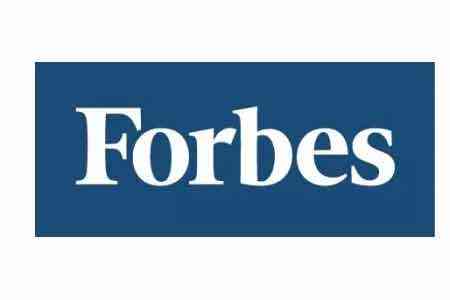 ArmInfo. One of the most respected and well-known business magazins in the world  Forbes  included Yerevan in the Top 10 of underrated tourist destinations to visit in 2020.

< Known as the world's "oldest Christian country," Armenia is one of  the most fascinating places you can visit, what with its grand temple  ruins and UNESCO- recognized Christian monasteries". The capital,  Yerevan,"is one of the longest continually-inhabited cities on earth,  and is known for its majestic views of Mt. Ararat- Armenia's national  symbol-as well as its ararat brandy and wine." Yerevan's been dubbed  the "pink city" for the rose-hued volcanic tufa rock that forms much  of its architecture >, the magazine notes.

In addition, Forbes offers "to take a page from the Kardashian  playbook and stay at The Marriott Yerevan, a spectacular building  with grand arched windows set on the central Republic Square".

< To dine, nab a reservation at the renowned Dolmama Restaurant-which  has played host to notables including Hillary Clinton, The Prince of  Wales and Gerard Depardieu- for soulful Armenian fare like sauteed  eggplant rolls, lamb tartare, and rabbit stew> , Forbes recommends.