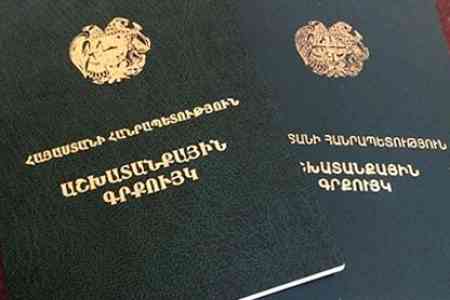 ArmInfo. The state will strengthen control over the implementation of the requirements of the labor legislation of Armenia. The RA National Assembly at the meeting  on December 4 in the second and final reading introduced amendments  and additions to the Labor Code and the Code of Administrative  Offenses.

According to the co-author of the presented document, MP of the  National Assembly, Eriknaz Tigranyan, as a result of the reform of  the system of inspection bodies launched as a pilot program in 2013,  the state has lost control over the scope of compliance by employers  with labor laws. In particular, as a result of the 34th article of  the Labor Code, which was no longer in force, the state did not  control such regimes as observance of work, rest, payroll, etc. .  Meanwhile, international conventions to which Armenia has acceded  require tight control in this area. As amended, the state will  restore full control over the implementation of labor legislation,  which is assigned to the labor and health inspection. Non-state  control is also provided, which is assigned to the Union of employers  and representative bodies. With the adoption of the package, workers  will have the opportunity to judicially and administratively assert  their violated rights, which they have been deprived of since 2013.

In turn, the Deputy Minister of Labor and Social Affairs of the  Republic of Armenia Arman Udumyan noted that the government does not  object to the presented document. The only exception concerns the  start date for the application of the package presented. The Cabinet  of Ministers proposes to set a deadline from July 1, 2020, so that  the labor and health inspection body can adapt to increase the volume  of work, both in terms of institutional and professional  capabilities. Under the new conditions, it is unlikely that the  inspection body for labor and health will be able to work optimally,  and the period from July 1, 2020 is the period that will allow this  issue to be resolved. The availability of qualified inspectors will  be of particular importance, which will require intensive refresher  courses from six months to one year. The solution to this problem  will be carried out with the participation of donors with whom  consultations have already begun, and there is a preliminary  agreement. In order to achieve this goal, it will be necessary to  attract 80 inspectors with a total preliminary budget of 400 million  drams. In 2020, the amount of funding will be specified. The deputy  minister also announced the start of the development of a road map  for reforming the system of inspection bodies. To this end, a working  group will be created to deal with this issue.