Over a year and a half in Armenia, more than 80 thousand new jobs  were created or removed from the shadow - Prime Minister 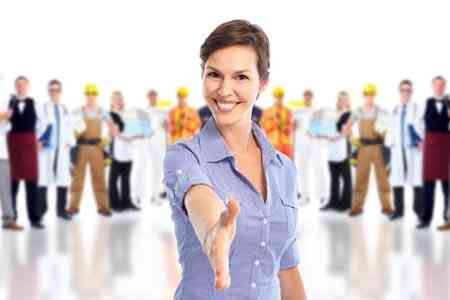 ArmInfo.Over a period of one and a half years, more than 80 thousand new jobs have been created or removed from the shadows in Armenia, RA Prime Minister Nikol  Pashinyan reports on his Facebook page.

At the same time, the prime minister pays attention to the  distribution of the scale income tax of 74 969 working citizens in  October and 81 534 in November this year In particular, the  distribution of salaries between 74 thousand 969 October jobs were as  follows: 30.4% or 22 thousand 810 people received salaries of up to  150 thousand drams, 68.9% or 51,723 employees earned from 150  thousand to 2 million drams, and monthly income of 0.5% or 423 people  amounted to more than 2 million drams.

"As you can see, the share of high-paying jobs among newly created  jobs is gradually increasing, which indicates a deep and positive  transformation of the economy. I have no doubt that a significant  part of the jobs in this segment are in the IT sector," Pashinyan  emphasized.

At the same time, the Prime Minister said in a postscript: "I would  like to emphasize that new jobs have a certain seasonal factor. For  example, in September compared to August, they decreased by about  3000. But this does not affect the overall dynamics that we expect  with May 2018, that is, since the victory of the revolution (velvet  revolution in the Republic of Armenia - Ed.). As you can see, a huge  number of new jobs have appeared in Armenia, and this process will  continue, "Nikol Pashinyan noted.