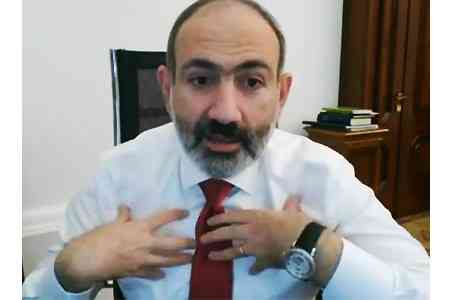 ArmInfo. Under the chairmanship of the Prime Minister of Armenia, Nikol Pashinyan, on December 10, a meeting was held in the government on the fulfillment of the state  budget for 2019, as well as plans within the framework of the main  financial document for 2020.

According to the press service of the  Prime Minister, issues related to the current situation with  state-owned revenues and expenses this year, reforms in public  procurement, and improvement of the legislative field were discussed.  In particular, they touched on steps aimed at abandoning the current  practice of advance payments in the amount of 100% of the amount of  the contract (state contract) in the public procurement system. The  meeting participants also touched upon the capital expenditures  planned by the state budget in 2020, the preparation of documents for  design and estimate work, and other related issues.

The head of government noted the importance of ensuring budgetary  discipline by state bodies. He instructed ministers and heads of  state departments to present a compressed roadmap for capital  expenditures and related projects planned for 2020 in compressed  wastewater.

It should be noted that, as of October 30, 2019, Armenia did not  demand a large balance of foreign loans in the amount of $ 1.43  billion. For example, credit programs worth $ 466 million in the  field of road construction are waiting for their turn in line with  the concluded international agreements. , energy received $ 422  million in funding, agriculture and irrigation - $ 153 million,  education - $ 73 million, public sector reforms - $ 66 million, water  supply - $ 10 million. Other areas in standby are programs worth $  173 million.

Of the previously planned about 250 billion drams of capital  expenditures for 9 months of 2019, the actual figure amounted to only  71.1 billion drams. That is, the underfulfillment of credit and grant  programs reaches about 61.1%.