Deputy Minister of Economy of Armenia participated in the Second  World Eco-Design Conference in Guangzhou, China 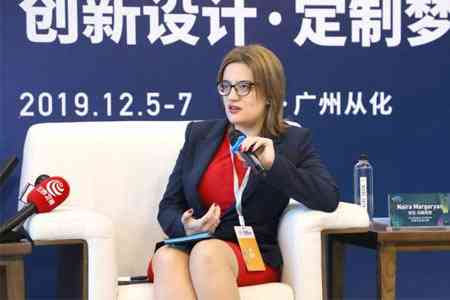 ArmInfo.Deputy Minister of Economy of Armenia Naira Margaryan participated in the Second World Eco-Design Conference in the Chinese city of Guangzhou.

According to the press service of the Ministry of Economy, the event  was organized by UNIDO (United Nations Industrial Development  Organization) and the China Industry Association.

The purpose of the Conference is to stimulate the use of individual  and environmental standards to increase competitiveness and carbon  emissions reduction. In her presentation, Margaryan emphasized the  importance of innovation in the context of sustainable industrial  development and empowerment. She also briefly presented the programs  implemented in Armenia to raise awareness of innovations. During the  visit, the Deputy Minister also took part in the award ceremony of  the preparatory course, presenting  the award in the nomination. RA Deputy Minister of  Economy met with Vice President of the China Industry Association.  The interlocutors discussed the possibilities of applying innovative  approaches in various sectors of the economy. At the end of the  meeting, an agreement was reached to continue cooperation in the  field of ecodesign. According to the RA Statistical Committee, the  foreign trade turnover between Armenia and China amounted to $ 742.3  million in January-October 2019 with a y-o-y growth of 16.2%. In  particular, exports reached $ 143.7 million with y-o-y growth of  67.2%, while imports reached $ 598.7 million with y-o-y growth of  8.3%.  According to these indicators, China holds a position in the  TOP-5 trading partners of Armenia.