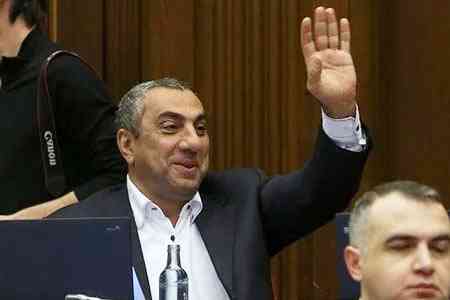 ArmInfo. At a meeting on December 12, the Armenian government approved the adjusted investment program of ABC Textile LLC and the corresponding application of the company for a 3-year exemption from VAT.

As Armenian Minister of Economy Tigran Khachatryan stated, the  company has been manufacturing towels in the Ararat region of the  Republic of Armenia since 2017. At the first stage of production, the  company has already invested 8.2 billion drams for the purchase of  raw materials, at this stage the planned investment volume will be  10.5 billion drams.

According to the information provided by the company, as part of the  investment program, the company created 60 new jobs and made  investments worth 1 billion 823 million 702 thousand drams. Over the  next three years of operation, it is planned to create 175 new jobs  with a monthly average salary of 189 thousand drams.

To recall, on May 3, 2018, the Armenian government approved the  company's application for exemption from import customs duties on  imported technological equipment, their components and raw materials.  It was reported that ABC Textile, a textile company, intends to  invest 10.9 billion drams ($ 20 million) in production expansion. As  part of the investment program, it was planned to create 175 new jobs  with an average monthly salary of 192 thousand drams.

This was not the first time that the company received a tax credit  from the government. On April 12, 2018, ABC Textile LLC received a  tax benefit from the Armenian government in the form of a 3-year  deferral of payment of VAT on imported goods. The company, as  announced, as part of the investment program, plans to establish a  textile production in the city of Artashat.

To note, the company was founded on October 10, 2017, and its  founders, according to the Unified State Register of Legal Entities,  are Cottina LLC and Natcom Limited. In turn, the founders of the  first company are RA citizens Firas Mussalli Zhaki and Amin Mussalli  Zhaki, and according to media reports, the owners of Natkom Limited  are the daughter of RPA former lawmaker, oligarch Samvel Aleksanyan  (nicknamed "Lfik Samo" - Ed. note) - Astghik Aleksanyan (40%), and  the sons of the former Minister of Energy and Water Resources of  Lebanon Arthur Nazarian, Lebanese citizens Peter and Harry (30%  each).