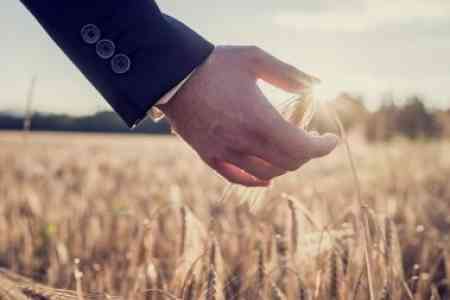 ArmInfo.On the initiative of the Ministry of Economy of the Republic of Armenia, a workshop was held on December 13 in Yerevan on the topic "Capital Investments and  Capital Markets: Creating a Favorable Institutional and Legislative  Environment" with the participation of representatives of financial  institutions, government departments, and experts.

According to the Deputy Minister of Economy of the Republic of  Armenia Naira Margaryan, the main goal of the meeting is to create a  roadmap that solves the institutional and legislative problems of the  capital market and investment instruments, which will then be  transferred to the relevant departments for consistent  implementation.

"We wanted to bring together experts from the field on one site, but  not for discussion, but for work, as a result of which groups will be  formed in accordance with the peculiarities of the problems  identified," she said.

To the question of the ArmInfo correspondent Margaryan noted that the  problems of the capital market are diverse, in particular, the latter  concern legislative regulation, creating an appropriate environment,  transparency and accountability, etc. Regarding the first group of  problems, the deputy minister emphasized that the legislation does  not have incentive mechanisms for companies to enter public markets,  so that the latter are interested in conducting transparent  activities to attract non-bank financing.

During the welcoming speech, Minister of Economy of the Republic of  Armenia Tigran Khachatryan noted that over the past year and a half,  taking into account the policy of the government, real prerequisites  have appeared in Armenia for the development of the securities market  and stock exchange than ever.

Touching upon the report of WB Doing Business, in which Armenia is  noted as a country with an undeveloped capital market, the minister  emphasized that success, by and large, depends, including on the  activity of companies on the stock exchange, operations with  securities. In this regard, Khachatryan noted that earlier, for  private companies, raising funds through shadow mechanisms was more  profitable and not comparable with those resources that could be  obtained through the stock exchange platform, which could not but  have a negative impact on the development of the RA securities  market. However, as the Minister continued, today tax and customs  administration excludes the prospect of such a development. <I do not  exclude that today a number of companies operate in the market in  conditions of unequal competition. I must emphasize that this will  not last long>, he said. After welcoming speeches, a member of the  Directorate, Advisor to the General Director of Ameriabank, a  recognized expert on capital markets, Tigran Jrbashyan, asked the  Minister of Economics. He said that for the first time he faced  problems related to the capital market back in 1992, which still  could not be resolved. "Until we understand why those who stood at  the origins didn't succeed, we won't succeed either," he remarked.

At the same time, Jrbashyan emphasized the importance of creating the  final vision and goals and objectives that the government sets for  the development of the market. <There is a question of strategic  planning. For example, we want to have 5 large enterprises, and a  market of about $ 1 billion, and we will assume that the capital  market is formed. Or do we want to have 500 companies? Until we  understand what we want, the attitude to the events under discussion  will be different>, he said, noting that it is impossible to  implement the entire list of events until a focus is defined.

Jrbashyan noted that before moving on to discussions, it is necessary  to have a vision of the ultimate goal and to have serious analytics  regarding the obstacles to the development of the capital market,  which, according to him, was not in those days, nor now. <Is there  analytics? If yes, then share with us>, said the banker. In response  to the voiced comments, the Minister of Economy noted that by and  large he agrees with what he heard, but does not consider holding  today's discussions unnecessary. <I do not exclude the possibility  that in the end we will come to the conclusion that we need a  separate discussion to agree on goals. Let's work, and in the end it  will be visible>, - Khachatryan said.